SEOUL, June 11 (Yonhap) -- Nearly half of South Korean households have suffered some kind of crisis, with financial difficulties cited as the prime culprit, a poll showed Sunday.

According to the survey of 1,500 people aged 20-64 taken by the Korea Institute for Health and Social Affairs in July last year, some 46 percent said they have endured a family crisis during their lifetime.

The state think tank carried the results of the telephone survey in a recently published report titled "Characteristics of Family Crises in a Changing Social Environment and Policy Tasks."

According to the findings, 61.6 percent of the respondents said their family crisis stemmed from unemployment, bankruptcy or other economic hardships.

Another 35.4 percent cited a relationship crisis, including domestic violence, divorce or separation, with 30.8 percent citing crises in child care or parental support.

The average period of family crises stood at six years, with some 12 percent saying there was no support from the government or they were unable to receive state support at an appropriate time.

The report called on the government to lose no time in establishing a support system for families in crisis.

"With no proper social safety net in place, family crises could sharply increase the number of socially vulnerable people in the country, which may emerge as a pressing social problem," the report said. "The government should make efforts to set up a public support system tailored for various types of family crises." 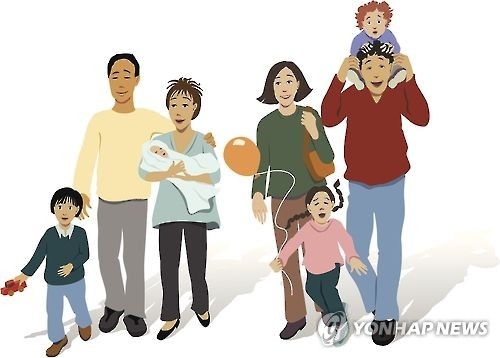 Near half of households suffer some kind of crisis: poll

Near half of households suffer some kind of crisis: poll