On Monday, lawmakers plan to decide whether to adopt the reports on the confirmation hearings for Kim Yi-su, nominee for chief justice of the country's Constitutional Court, and Kim Sang-jo, who was named the head of the Fair Trade Commission (FTC), insiders said.

The move comes as lawmakers rejected the adoption of reports last week amid controversy over the justice nominee's ideological orientation. Kim, the nominee for the FTC, has been accused of ethical lapses involving himself and his wife.

The court nominee's appointment requires consent from a majority of lawmakers present during a floor vote that can be set up by a half of all lawmakers in the 300-seat National Assembly. The ruling Democratic Party holds only 120 parliamentary seats.

The FTC chief's appointment does not require parliamentary consent, but the rejection of a candidate by lawmakers can act as a political burden on the president.

About one month has passed since President Moon Jae-in took office May 10, but his Cabinet members have yet to be fully confirmed.

Opposition parties have also voiced their strong opposition to Moon's pick for foreign minister, Kang Kyung-wha. She is accused of a series of past inappropriate actions that include false registration of address for her daughter and possible tax evasion. Her confirmation hearing was held last Wednesday.

President Moon on Friday appealed for the opposition-led parliament to approve Kang, saying her capabilities have long been praised by the international community.

Moon especially wants Kang to be approved soon as he would like her to be present at the planned summit between him and his U.S. counterpart Donald Trump in Washington later this month. 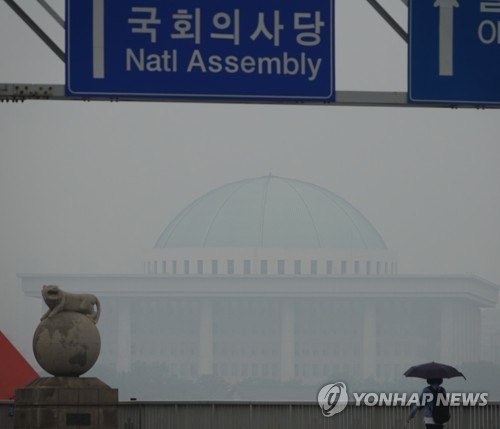 Parliament to re-discuss whether to O.K. Moon's picks for two key nominees

Parliament to re-discuss whether to O.K. Moon's picks for two key nominees