Reports coming out of securities firms showed market consensus for a very strong performance for the world's No. 1 smartphone and memory chip manufacturer, with keen interest even being shown on operating profits surpassing the 13 trillion-won mark.

The South Korean tech giant reported its largest operating profit ever in the third quarter of 2013, when numbers reached 10.16 trillion won. In the first quarter of this year, its profits stood at 9.9 trillion won, the second highest tally for a three-month period.

The estimate, if met, will represent a 14.3 percent increase in sales and 59.5 percent surge in operating profit vis-a-vis the April-June period of 2016.

Eo Kyu-jin, an analyst at eBEST Investment & Securities, claimed that even a figure higher than 14 trillion won is possible, judging by overall sales that could have reached as high as 58.9 trillion won.

Experts have said a rise in semiconductor prices, as well as demand for organic light-emitting diode screens, is helping the company. Samsung is also likely to benefit from strong sales of its latest Galaxy S8 smartphones.

Others like Lee Se-cheol, an analyst at NH Investment & Securities, said Samsung is expected to topple Intel as the largest chipmaker in the world, which will help the company's profit. Intel has been the global leader since 1991.

Market observers, predicted at the present pace, Samsung's operating profit could even surpass the 50 trillion-won level on an annual basis and set another record for the electronics giant. 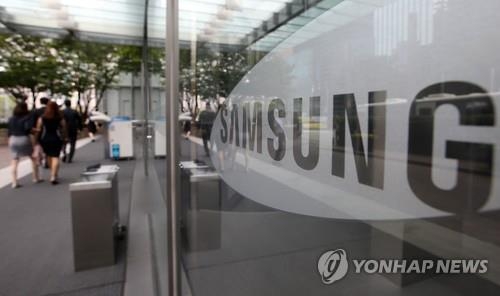