SEOUL, June 11 (Yonhap) -- North Korea on Sunday urged South Korea to shift its inter-Korean policy as it called on Seoul to reject the United States' drive for sanctions and seek national unity.

South Korea has turned a deaf ear to North Korea's call for inter-Korean reconciliation and unity while jumping on the bandwagon of Washington's hostile policy toward Pyongyang, according to the Rodong Sinmun, the North's main newspaper.

"We should completely block the influence of outside forces, which have brought division to us," the newspaper said in its commentary.

The article comes as newly elected President Moon Jae-in is taking a dual-track approach toward denuclearizing, with an emphasis being placed not only on guarding against further provocations but finding middle ground through inter-Korean dialogue and civilian exchanges.

On June 15, 2000, then-South Korean President Kim Dae-jung and his North Korean counterpart Kim Jong-il held a historic summit in Pyongyang. It produced a landmark agreement on inter-Korean reconciliation and cooperation.

The North's paper said in a separate commentary that the South is wrong to allow civilian inter-Korean exchanges while employing pressure and sanctions on Pyongyang.

"South Korea's current government is following in the footsteps of its (conservative) predecessor by saying it will fully implement the international sanctions," it claimed. 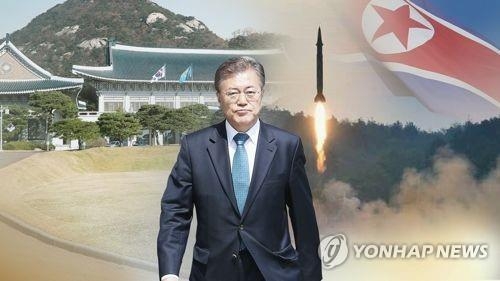