"It appears that there was a problem in the switchgear of the Yeongseo Substation," KEPCO said, adding a probe is still under way to determine the exact cause.

The company said it restored most of the power by around 1:15 p.m. by drawing on electricity from the Shinyangjae Substation instead.

"All responsibility for the blackout lies with KEPCO, and I extend my deepest apologies to citizens who suffered tremendous inconveniences while enjoying rest and leisure on a Sunday," he said in a statement. "We will do our best to prevent a recurrence by carrying out a thorough investigation of malfunctions in equipment."

The company will continue to monitor the damage caused by the blackout and swiftly compensate those who were affected, he added.

It is estimated that some 190,000 households were affected by the latest power failure, according to KEPCO. 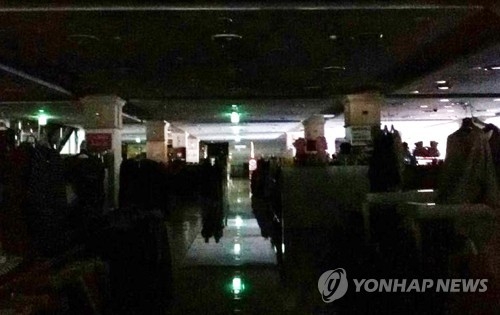