SEOUL, June 11 (Yonhap) -- Song Young-moo, who was named the new defense minister, is well known for his expertise in defense strategy and has extensive experience in setting plans for reforming the military under a former liberal government.

His appointment by President Moon Jae-in is widely seen as reflecting the president's resolve to reform the military, one of Moon's key campaign pledges. Song, 68, served as a co-chairman of the defense security committee under Moon's camp.

Song, a former chief of naval operations, is known for his expertise in defense strategy and has good understanding of the military's structure and Moon's design to overhaul the military, according to the presidential office.

"The nominee is viewed as the right person in beefing up the military's response to North Korea's nuclear and missile threats, and pushing for positive change," Cheong Wa Dae said.

He was involved in setting the strategy in reforming the military and a plan to acquire wartime operational control (OPCON) of South Korean forces from the United States under Roh's administration.

In June 1999, Song led a victory during a naval skirmish with North Korean forces near Yeongpyeong Island close to the de facto western maritime border. At the time, he served as a commander of a naval squadron.

His appointment came as North Korea has been developing its nuclear and missile programs at an alarming pace with the stated goal of launching an intercontinental ballistic missile (ICBM) capable of hitting the U.S. mainland.

If his appointment is confirmed, it will be the first time in 13 years that a Navy officer will become the country's top defense policymaker. 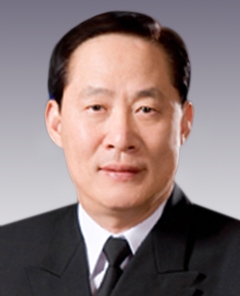