SEOUL, June 11 (Yonhap) -- The government said Sunday it will ban the trade of live birds for two weeks starting midnight Sunday to prevent the further spread of bird flu.

The Ministry of Agriculture, Food and Rural Affairs announced the ban as the highly pathogenic avian influenza has spread to 21 farms in 10 days.

The measure is an extension of a ban the government placed last week on the trade of birds at traditional markets and restaurants that raise their own chickens and ducks.

The ministry said it will also ban the transportation of live birds nationwide, rather than only in areas affected by the disease. 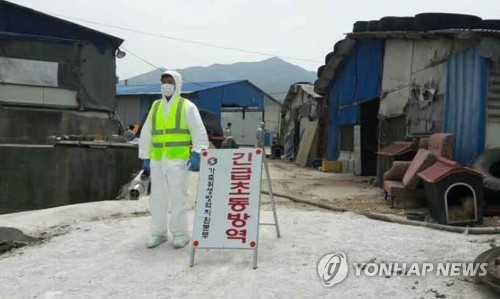 Under the new measures, vendors who wish to transport or trade live birds will be required to pass clinical tests by quarantine authorities.

The latest outbreak is thought to have begun at a farm in Gunsan, 274 kilometers south of Seoul, and spread nationwide mainly through small farms.

At a government meeting earlier in the day, Prime Minister Lee Nak-yon instructed officials to take all preventive measures as the epidemic could spread over the long term.

"The fact that new cases of AI are appearing through the trade of birds by intermediary vendors and not just through birds that were bought directly in Gunsan means that the current quarantine system is incomplete," he said.