In a survey conducted from Monday through Friday by local pollster Realmeter, Moon's rating was tallied at 78.9 percent, up 0.8 percentage point from a week earlier.

In the same poll, 14.7 percent disapproved of Moon's job performance, up 0.5 percentage point, while 6.4 percent said they were not sure.

The pollster said that the uptick in his rating appears to be attributed to his supporters joining forces to back him during parliamentary confirmation hearings last week for his nominees for the foreign and finance ministers, and the Constitutional Court president.

The survey was conducted on 2,022 eligible voters across the country. Its margin of error was plus or minus 2.2 percentage points with a 95 percent confidence level. 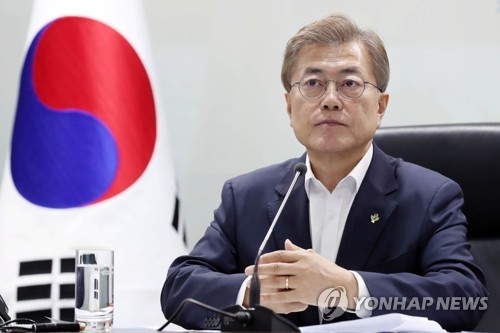