The leading online job search portal JobKorea said its survey of 1,368 jobseekers showed that 57.7 percent have intentions to work even as irregular employees.

Nearly 61 percent of surveyed women answered they want to have nonregular jobs, with the comparable figure coming to 39.4 percent.

Nearly 45 percent replied they want temporary jobs in order to build their careers, while 36 percent said that the top reason is to get employed as soon as possible.

Yet, slightly over 62 percent said they have a negative view of temporary employment, while only 10 percent have a positive opinion. 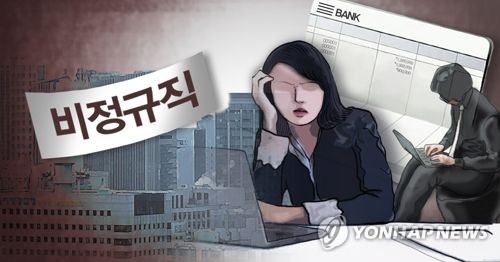 South Korean nonregular workers are paid much less than their regular counterparts and face tougher working conditions. According to the latest government tally, temporary workers accounted for 32 percent of all employees in the country as of the end of March 2016.

6 in 10 jobseekers willing to settle for temporary work: poll

6 in 10 jobseekers willing to settle for temporary work: poll