A making-of video for the upcoming movie was unveiled June 11. The clip includes interviews of the leads Kim and Choi Jin-ri, along with other supporting actors, including Lee Sung-min and Jo Woo-jin.

The movie is about a big secret and conspiracy surrounding Asia's biggest casino. The film has drawn much anticipation from Kim's fans for being his first film in four years since "Secretly Greatly."

In the action noir directed by Lee Sa-rang, Kim plays Jang Tae-young, the boss of a crime organization. The film was partly invested in by Alibaba Pictures, the film division of Chinese e-commerce company Alibaba Group. 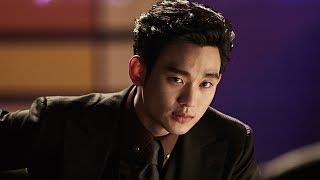