The figure translates into an average 49,000 passengers per day since the high-speed train started service Dec. 9, with the record number of daily passengers being reached May 7 when 67,661 used the SRT.

"The number of passengers has increased steadily except for March, which is seen as the offseason for tourism," an SR Co. official said.

The SRT bullet train achieved the on-time arrival rate of 99.8 percent under the International Union of Railways (UIC) standards, which allow less than 15 minutes of delays.

The SRT train has posted 261.2 billion won (US$232 million) in ticket sales for the past half year.

Industry watchers say the introduction of the SRT train allows passengers in the southern part of Seoul easier access to the bullet train service as they no longer need to come into downtown Seoul to board the KTX bullet train. 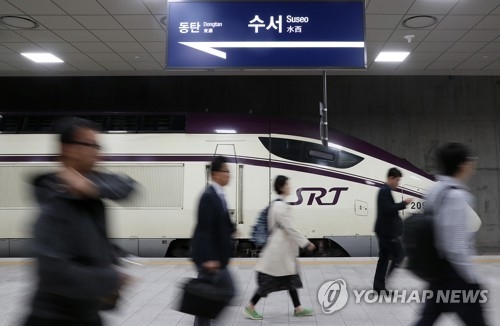