SEOUL, June 12 (Yonhap) -- Unfair contracts and practices are posing a grave threat to the livelihood of cultural artists operating in Seoul, a survey conducted by the metropolitan government said Monday.

Among the unfair contracts signed by illustrators, demand for excessive modification accounted for 23.6 percent of complaints, followed by non-payment of draft work at 20.2 percent and copyright transfer agreement at 15.2 percent, the survey found. 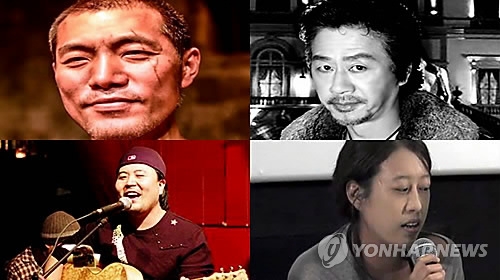 The poll also said that among cartoonists and webtoon writers who were forced into unfair contracts, 31.4 percent cited facing a copyright transfer agreement, with another 31.4 percent pointing their fingers at unfair profit distribution.

The amount of financial damage caused by unfair profit distribution averaged 7.66 million won (US$6,800) for cartoonists and webtoon writers and 3.4 million won for illustrators.

About 55 percent of illustrators and 36 percent of cartoonists and webtoon writers said they received an unreasonable notice of contract cancellation.

According to the Seoul government, one webtoon writer was paid merely 4 million won though his work became a huge hit and generated sales of 100 million won a month. As the writer attempted to terminate his contract, his company filed a lawsuit for damages of 400 million won.

An unidentified illustrator also complained of being once asked to modify a textbook illustration 20 times but was not paid for the additional labor.

The survey also found that human rights violations are another serious problem in the cultural art sector, with around a third of cartoonists, webtoon artists and illustrators subject to such violations. 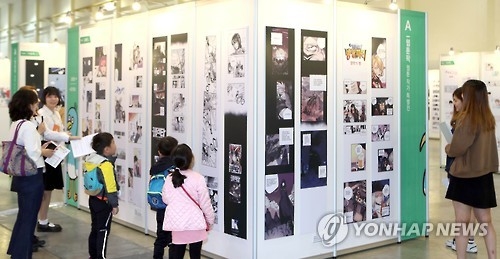 By type of human rights violations, 22 percent of cartoonists and webtoon writers cited insults and abuse, followed by private work instructions at 16 percent and sexual harassment at 9.5 percent.

The Seoul government said it will ask the relevant authorities to investigate all companies suspected of legal violations and other wrongdoings based on the results of the latest poll.

"The local pop culture business could be dealt a blow if the unfair business practices persist amid the poor creative conditions. We'll expand the investigation to the fields of movies, broadcasting and art and design," said Seo Dong-rok, director of the Economic Promotion Department of the Seoul Metropolitan Government.