South Korea staged the U-20 World Cup from May 20 to last Sunday in six cities and welcomed 24 teams. Infantino landed in South Korea on Saturday to watch the final between England and Venezuela, and to meet with football officials here.

"It was fantastic," Infantino said of South Korea's first U-20 World Cup hosting. "We all felt it was great and a big success. And the football was great as well."

This was Infantino's second visit to South Korea since he became the chief of the world football governing body in February 2016. He previously visited the country in April 2016.

Infantino also had a meeting with Korea Football Association (KFA) President Chung Mong-gyu, who was also the chief organizer of the U-20 World Cup, at the KFA House in Seoul. It marked the first time since 1999 that a FIFA chief visited the South Korean football governing body's headquarters.

"We talked about how Korean football can be an example and help the countries in the region as well as other parts of the world for football development," Infantino said.

Chung previously announced that he wants South Korea to co-host the 2030 FIFA World Cup with North Korea, Japan and China. When asked about Chung's plan, Infantino said, "We did talk about it, but we still have lots of time for that." 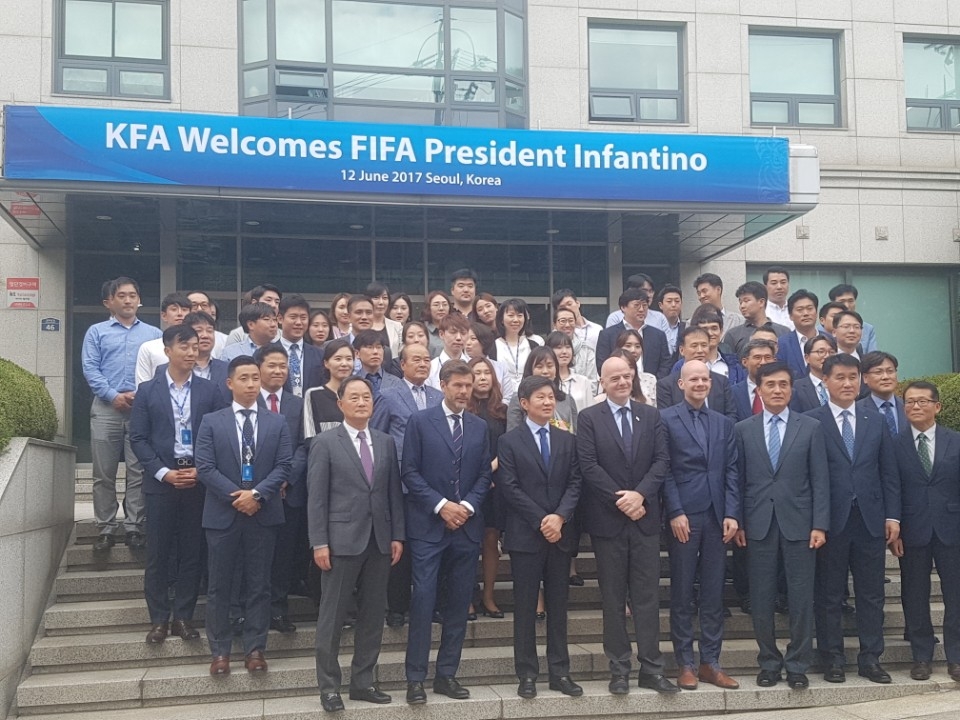