The LKP calls all of them unfit, taking issue with a series of allegations involving them and their family members. They range from false address registration to real estate speculation.

The publication of the reports is a crucial procedure before their official appointments. Unlike the justice nominee, ministers' appointments do not require parliamentary consent, but disapproval would impose a political burden on Moon's fledgling administration.

In line with the confirmation hearing act, the National Assembly was set to finish adopting the reports for the FTC and court nominees by the Monday deadline -- 20 days after the presidential office submitted the requests for the confirmation process.

The parliamentary foreign affairs committee also attempted to adopt a report on Kang, but made no progress. The deadline for the report on Kang is Wednesday. 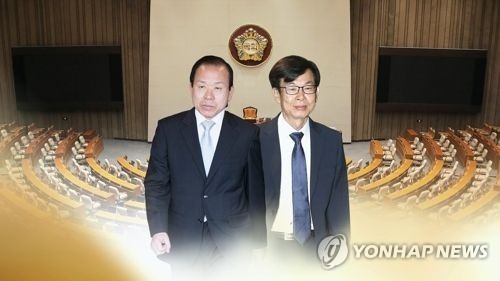