(ATTN: CORRECTS name of magazine in para 2 to Forbes, not Foreign Affairs)
By Chang Jae-soon

WASHINGTON, June 12 (Yonhap) -- South Korea could end up giving U.S. President Donald Trump a pretext to pull American troops out of the country if it reverses the decision to host the deployment of the THAAD missile defense system, a U.S. expert warned. 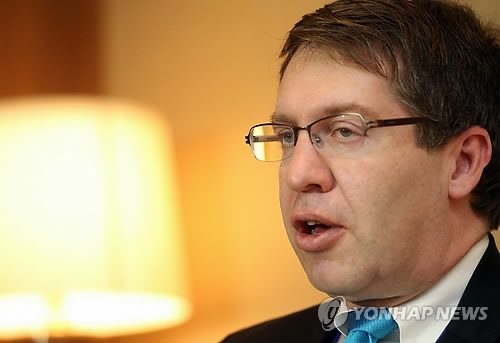 Scott Snyder, chief Korea analyst at the Council on Foreign Relations, made the case in an article in Forbes magazine after Seoul suspended the deployment of an additional four THAAD launchers pending an environmental assessment.

The remark suggests persisting doubts that the suspension might be a precursor to the South ultimately deciding to reject the THAAD deployment altogether, despite repeated assurances from Seoul that the environmental review won't lead to a reversal on the deployment itself.

Snyder said that the government of South Korean President Moon Jae-in should find a way to enhance governmental transparency and accountability "while upholding its credibility as a strong U.S. security partner."

"If the perception becomes that the South Korean government is blocking measures necessary to protect American forces, that would rapidly erode American public support for U.S. troop commitments. It could potentially provide President Donald Trump with a pretext to pursue U.S. withdrawal of forces in Korea," he said.

Snyder also said that THAAD is crucial to defending against North Korean missiles.

"North Korea's missile advances across the board are cause for concern--and cause for defensive countermeasures. The risks and vulnerabilities are out in the open: South Korea's indigenous missile defense efforts are developing too slowly to counter North Korean progress, and that could put U.S. Forces in Korea at risk," he said.

Should Seoul reverse itself on the deployment, it would amount to giving in to pressure from China, thus embolden Beijing to put "even more pressure on Seoul on each occasion that China is dissatisfied with new South Korean defense measures toward North Korea," Snyder said.

When Moon holds his first summit with Trump later this month, the two leaders should reestablish a coordinated strategy for addressing the North Korean problem and focus on South Korean vulnerabilities to North Korean missiles in a comprehensive fashion, Snyder said.

"But if the (THAAD) deployment is paralyzed by opponents of the system in South Korea's new government, that outcome would mark a gain for North Korea and China and a setback for the U.S.-ROK alliance," he said.

The THAAD unit in South Korea became operational after the U.S. brought in two of a total of six launchers for the battery in early March. The remaining four launchers have since arrived in the country, but have not been installed yet.

Moon has also been critical, saying the decision was made without due process to collect public opinion.

Trump fueled opposition to THAAD among the South Korean public by demanding Seoul pay for the US$1 billion system. The demand runs counter to a deployment agreement under which the U.S. agreed to pay for the system if the South agreed to host it and provide land. 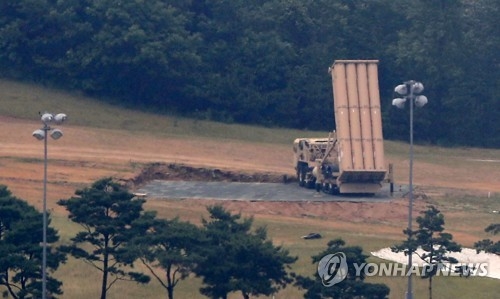