WASHINGTON, June 12 (Yonhap) -- The United States should seek a two-stage solution to the North Korean nuclear issue beginning with a freeze on Pyongyang's nuclear and missile programs before seeking their complete dismantlement, a top U.S. foreign policy expert said.

Richard Haass, president of the Council on Foreign Relations, also said in a wide-ranging policy suggestion piece in the Foreign Affairs that the primary goal of the U.S. relations with China should be to win cooperation over the North.

Haass, who served as a foreign policy adviser to U.S. President Donald Trump during last year's campaign, said that there are three policy options on the North -- acceptance, military intervention and creative diplomacy -- but the first two are either flawed or too risky.

"The unattractiveness of both acceptance and intervention is what keeps bringing policymakers back to the third option, trying to cap and reverse the North Korean nuclear threat through negotiations. But as decades of failed efforts have proved, diplomacy is no panacea," Haass said.

"So the challenge on this front is not just getting back to the table but also figuring out how to make rapid progress once there. This could be done by breaking the issue's resolution into two stages, with an interim deal that would freeze Pyongyang’s nuclear and missile programs, followed by longer-term efforts to reduce and eliminate the programs entirely," he said. 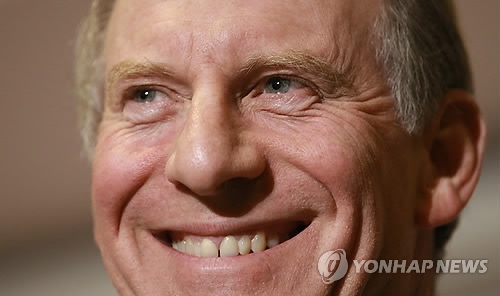 An interim agreement, even though it wouldn't solve the North Korean nuclear problem, would at least keep it from getting any worse and lower the risks of war and instability, which is a positive result considering the current circumstances, Haass said.

The option would build logically on the Trump administration's early investment in good relations with China because Chinese pressure on North Korea would be essential to achieve such an interim deal, the expert said.

"Even if diplomacy failed again, at least the United States would have demonstrated that it tried negotiations before turning to one of the other, more controversial options," he said.