"I remain seriously concerned about the nuclear program of the Democratic People's Republic of Korea," International Atomic Energy Agency (IAEA) Director General Yukiya Amano told a meeting in Vienna of the agency's Board of Governors, according to the U.N. website.

"It is deeply regrettable that the DPRK continues to show no sign that it is willing to comply with relevant U.N. Security Council resolutions," he said.

Amano called on Pyongyang to comply fully with its obligations under those resolutions, to cooperate promptly with the Agency, and to resolve all outstanding issues, including those that have arisen during the absence of Agency inspectors from the country, the U.N. said.

He also expressed his intention to enhance the agency's readiness to play an essential role in verifying the North's nuclear program.

"The nature of the threat has (reached) a different stage," Amano said. "Therefore we need to intensify our analytical work in order to maintain and strengthen our knowledge." 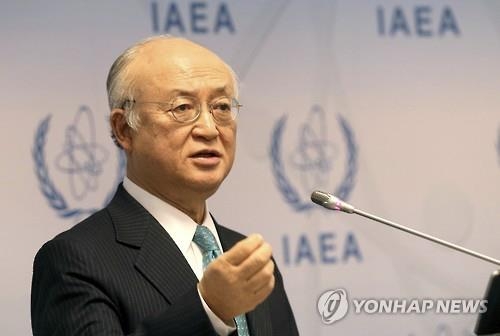