Four international funds investing in South Korea allocated a combined US$210 million for the South Korean equity market in the week to Friday, marking the fifth consecutive month of net inflow, according to the data by Mirae Asset Daewoo Securities Co. and global fund tracker Emerging Portfolio Fund Research.

The global equity funds, including U.S. investment fund Global Emerging Markets, have been registering net inflows into South Korea since the second week of January after recording an outflow the prior week.

This year, the stock investment funds have posted a combined net inflow of $4.69 billion into the South Korean market.

Analysts said the global equity funds have continued funneling money into South Korea and other emerging markets as their economies are picking up at a faster pace than advanced countries. Better-than-expected corporate bottom lines are also cited as another driver. 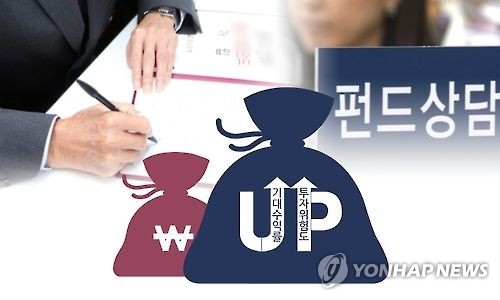 "Global funds began to prefer the South Korean stock market on the back of a marked recovery in emerging economies and a rebound in South Korean companies' earnings," said Lee Jin-ho, a researcher at Mirae Asset Daewoo Securities.

South Korea's major companies chalked up stellar performances in the first quarter of this year.

Samsung Electronics Co., the top-cap tech giant, saw its operating profit soar 48 percent on-year to nearly 10 trillion won ($8.8 billion) in the January-March period on the robust chip business. The firm is forecast to even log an operating profit of up to 13 trillion won in the second quarter.

Some watchers said the U.S. central bank's interest rate decision scheduled for this week will likely have an impact on the flow of global stock investment funds.

The Federal Reserve is slated to hold its policy meeting on Wednesday-Thursday amid widespread expectations it will hike its benchmark lending rate for the second time this year. The Fed raised rates in March on economic optimism.

"There is a possibility that a U.S. interest rate hike may worsen the flows of funds into emerging markets because it makes global equity funds' financing costlier," said Kim Young-il, an analyst at Daeshin Investment & Securities Co.
(END)