SEOUL, June 13 (Yonhap) -- A university professor was injured from an unidentified blast that went off from a parcel delivery, the police said Tuesday.

The explosion occurred in the professor's office located at an engineering faculty building of Yonsei University in western Seoul around 8:41 a.m., according to the police.

The police sent a special operations squad to the scene.

The professor, identified only by his surname Kim, has suffered minor burns on his arms and was immediately taken to a nearby hospital. Kim teaches architecture at the university.

Kim told the police that he found a box in a shopping bag hanging on a door knob, and it "suddenly exploded when I opened it."

Witnesses at the scene also told the police that a parcel went off suddenly, and they saw "small bolts pop out" of the box.

The police has cordoned off the site. They said they are investigating the incident, leaving open the possibility of a terror attack. 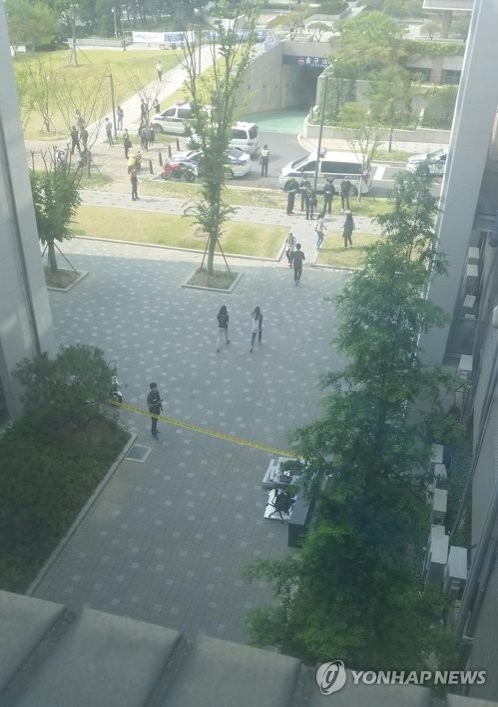