SEOUL, June 13 (Yonhap) -- The number of South Korean skin cancer patients has spiked nearly 40 percent over the past four years, flirting with the 20,000 mark, apparently due to increased sunlight exposure, data showed Tuesday.

Skin cancer patients in the country numbered 19,435 at the end of last year, up 38 percent from four years earlier, according to the data from the Health Insurance Review & Assessment Service.

People in their 70s accounted for the largest portion of the total at 28 percent, trailed by sexagenarians with 21.6 percent and those aged 80 or older with 21.3 percent. Women numbered 10,566.

South Korea has produced no research that determines the exact cause of an increase in skin cancer patients in the country, but local doctors say the probable cause may be greater exposure to ultraviolet rays due to increased leisure activity.

"Skin cancer occurs due largely to exposure to ultraviolet rays," the service said. "Given that, it is important to protect the skin from sunlight in order to prevent the skin disease." 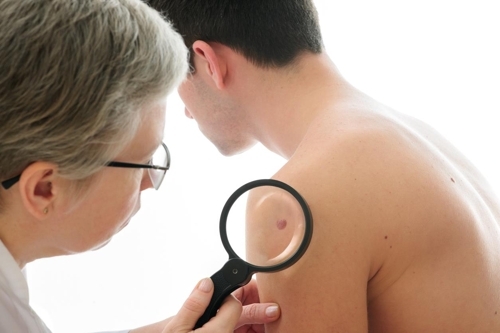