The five new SUVs are an all-electric Kona, a fuel cell car, a SUV larger than the Santa Fe and two smaller-sized crossovers, the company said.

"The global SUV market has grown by an average of 20 percent in the past seven years. In particular, global carmakers are vying for a bigger share in the subcompact (or B segment) SUV market," Chung said in a press conference held for the Kona's world premiere. 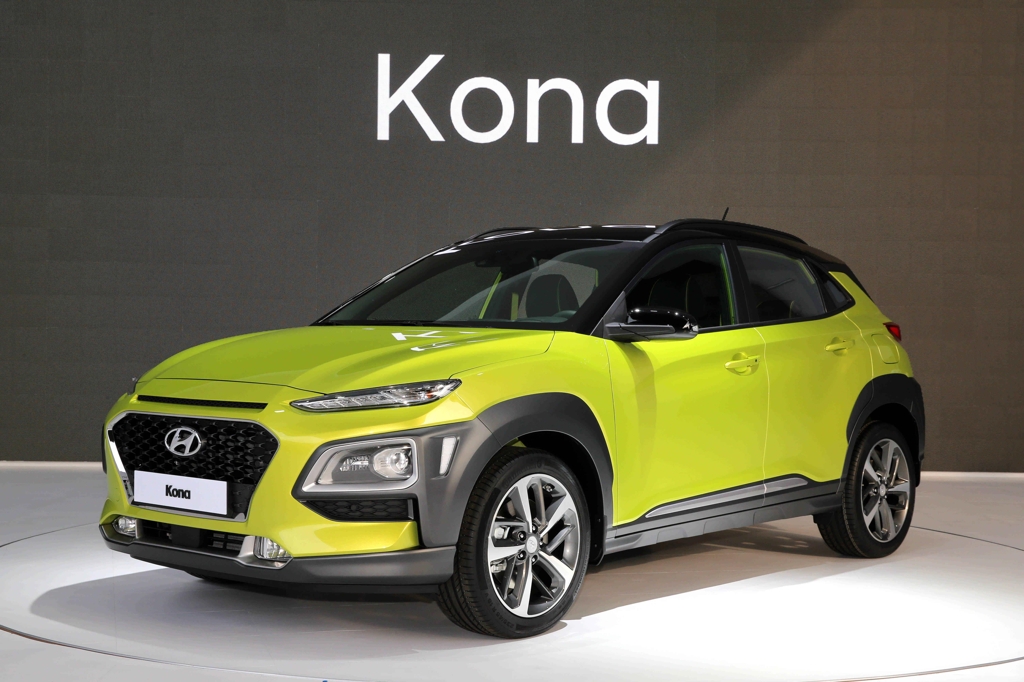 Instead of "hurriedly" launching new compact SUV models in the markets, Hyundai completed a thorough market analysis and used the "optimal" technologies in the Kona, he stressed.

Starting Wednesday, the Kona SUV mated to either a 1.6-liter gasoline turbo engine or a 1.6-liter diesel engine will go on sale in the domestic market. The models are fitted with a seven-speed dual clutch transmission, Hyundai said.

The company said it will start the production of the Kona for export to Europe and the United States at its domestic plants in August and December, respectively. It counts Nissan Motor Corp.'s Juke and Honda Motor Co.'s CR-V as rivals of the Kona in the U.S. 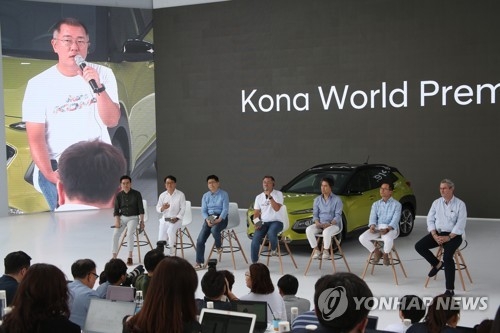 The subcompact SUV market grew sharply over the past seven years, jumping to 4.64 million units sold in 2016 from 485,000 units in 2010. It is expected to grow 19 percent on-year to 5.54 million units this year, according to market research firm IHS Markit.

To offset slowing sales in China and the U.S., Hyundai has decided to diversify its SUV lineup by launching a variety of SUV models, including a high-performance one, from the smallest A segment to the biggest E segment.

"We have suffered a setback in sales, but we will use this as an opportunity to overhaul our lineup. We will strengthen business ties with technology firms, such as Baidu and Uber," said Chung, the only son of Hyundai Motor Group Chairman Chung Mong-koo.

As for a possible acquisition of a carmaker, he said it was not under consideration for now.

Hyundai and Kia, which together form the world's fifth-biggest carmaker by sales, aim to sell a combined 8.25 million autos this year, up from 7.9 million in the previous year.