SEOUL, June 13 (Yonhap) -- A Britain-based scholar has raised the need to tighten international sanctions on North Korean diplomats to close loopholes in the existing sanctions regime for the country's nuclear and missile programs, a news report said Tuesday.

Andrea Berger, associate fellow at Britain's Royal United Services Institute for Defence and Security Studies, made the argument in a recent report identifying the challenges of implementing sanctions on North Korea, according to U.S.-based Radio Free Asia.

In the report, titled "A House Without Foundations: The North Korea Sanctions Regime and its Implementation," Berger calls for designating North Korean diplomats as "politically exposed persons," citing allegations that their private and embassy bank accounts, diplomatic pouches and personal luggage have been used to trade in weapons of mass destruction and other blacklisted items.

With the designation, countries will be able to demand data on the bank accounts from relevant financial institutions and help stop the flow of funds that can be used for Pyongyang's nuclear and missile development, she says. 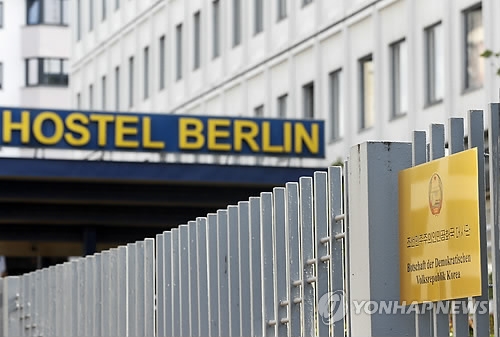 Berger also notes in her report that there is difficulty in implementing U.N. Security Council resolutions 2270 and 2321, which call for reducing the number of North Korean diplomats in U.N. member countries and limiting the number of bank accounts.

In her research, she found that Western nations in particular experienced difficulty in restricting bank transactions, prompting the need to access detailed and up-to-date information on North Korea's suspected bypassing of sanctions.

The expert also addressed concerns that North Korean diplomats linked to blacklisted organizations are freely traveling to parts of Africa, the Middle East and Southeast Asia.