The Eagles' general manager Park Jong-hoon said he has given himself more time to go through candidates carefully and select the right person. Park added it should also expand the pool of candidates. The Eagles weren't going to approach active managers or coaches on other teams during the season and now plan to do so during the winter.

"Coaches with other clubs can all be potential managerial candidates for Hanwha," Park said. "Lee Sang-kun has agreed to take on an extremely difficult job, and we'll try to give him as much support as we can the rest of the season. And he can be our candidate, too."

For the season, Lee will manage 101 games, one shy of a record by an interim manager in the KBO. Kim Woo-yeol set the record in 1995 by managing the now-defunct Ssangbangwool Raiders as the interim boss for 102 games. 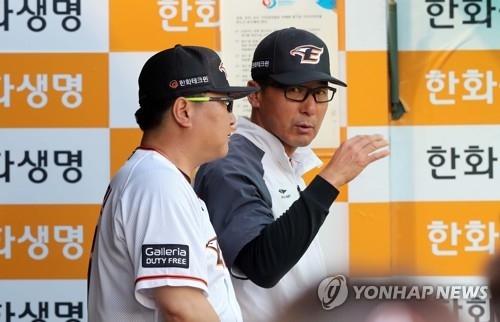