SEOUL, June 13 (Yonhap) -- The number of endometriosis patients rose sharply in recent years due to late marriage and childbirths, stress and irregular lifestyles, with most of those affected in their 30s and 40s, data showed Tuesday.

The number of those who were diagnosed as endometriosis patients by CHA Gangnam Medical Center in southern Seoul rose to 15,968 in 2016 from 3,184 in 2009, according to the hospital records.

Experts advised women to have regular medical checkups for the condition, which is hard to detect because pelvic pain usually comes together with cramps.

Pelvic pain is the typical symptom of endometriosis, together with infertility, as the disease involves tissues that normally grow inside the uterus growing outside it. 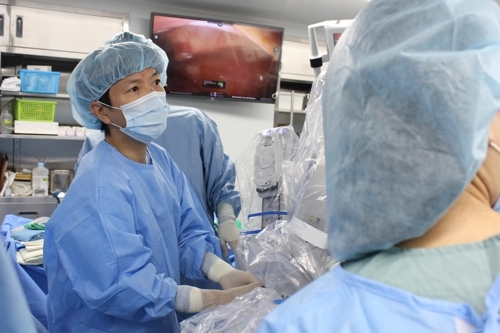