SEOUL, June 13 (Yonhap) -- Chung Hyun-back, the nominee for the new gender equality minister, is a historian and former activist who has long been committed to resolving gender inequality and labor issues.

Chung, 64, served as a co-head of the People's Solidarity for Participatory Democracy, a liberal civic group, from 2010-2016. She was also a leader of the Korean Women's Association United from 2002-2007.

She is known as an expert with ample experience and knowledge to tackle a range of gender issues, as well as to better ensure fairness in the labor sector.

She is widely expected to take the initiative for improving working conditions for women, while boosting support for youth to secure their safety and health.

As a sitting history professor at Sungkyunkwan University in Seoul, Chung is also viewed as a candidate primed for handling a controversial agreement with Japan on the wartime sexual enslavement of Korean women during World War II.

Born in Seoul, Chung graduated from Seoul National University with a degree in history education. 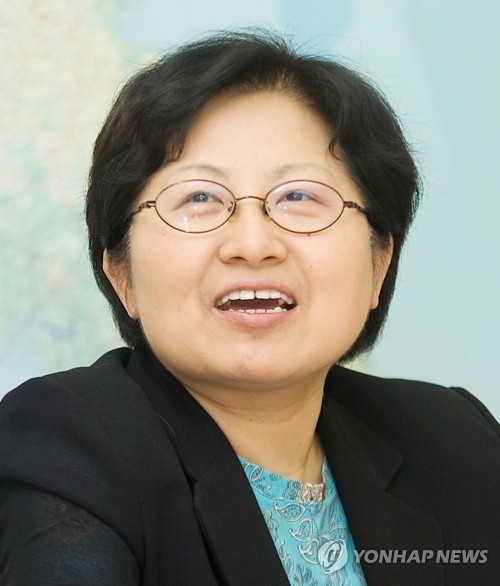