SEOUL, June 13 (Yonhap) -- North Korea is the most urgent threat to peace and security in the world, U.S. Defense Secretary Jim Mattis was quoted as saying in Washington on Monday (local time), citing the fast pace of the development of Pyongyang's nuclear weapons program.

The Pentagon chief also told a hearing of the House Armed Services Committee that North Korea's weapons of mass destruction programs are a "clear and present danger to all," according to multiple news reports.

His remarks come as North Korea has threatened to test-fire an intercontinental ballistic missile capable of striking the mainland United States.

"The regime's provocative actions, manifestly illegal under international law, have not abated despite United Nations' censure and sanctions," Mattis reportedly said in written testimony ahead of the hearing.

Pyongyang has instead continued to pursue nuclear weapons and their delivery vehicles with increased pace and scope, the secretary added.

The Pentagon has requested a more than US$50 billion increase in defense funding this year for a total of $639 billion. Mattis attended the hearing to testify on the proposal. 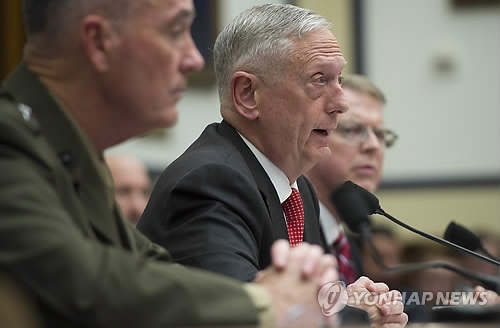 Thomas Shannon, undersecretary of state for political affairs, told reporters after meeting with Shotaro Yachi, head of the secretariat of Japan's National Security Council, that North Korea's nuclear and missile pursuits will make it a "global threat" over time.

Shannon said they also reaffirmed the important role China can play in international efforts to convince Pyongyang the weapons programs "do not create any hopeful path to the future."

He is set to visit Seoul later Tuesday for talks with South Korean officials. 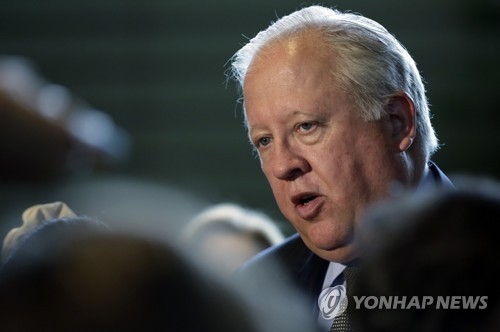