BUSAN, June 13 (Yonhap) -- A pixel, a word driven from "picture element," is the smallest unit of a digital image on a computer monitor. With the small dots, artist Hong Seung-hye creates anything from simple lines, pictogram, or chairs to a jungle gym. So for her, a pixel means the start of infinite possibilities.

In the early stages of her career, she oil-painted nature and landscapes, just like any other art student in her department at Seoul National University. But instead of thinking what to choose as her subject matter, she was more into how to construct and compose them on a canvas.

"I liked, for example, building a layer of bricks, rather than reconstructing still images. Or I preferred spacial abstractness to concrete narrative, I would say," Hong said during a recent interview with Yonhap News Agency. 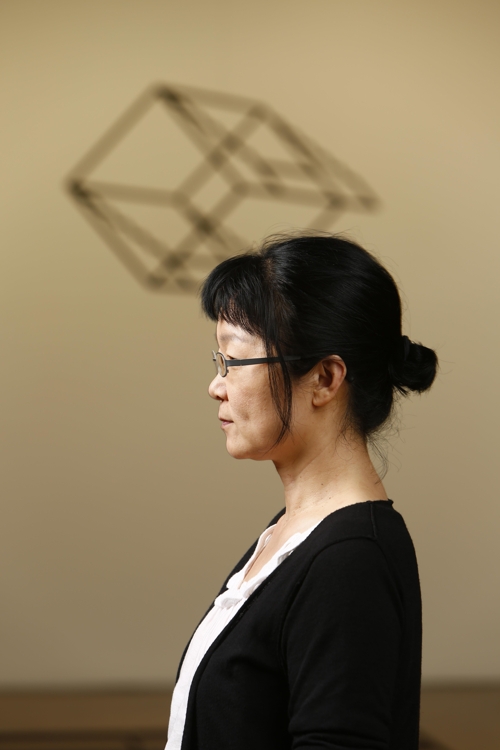 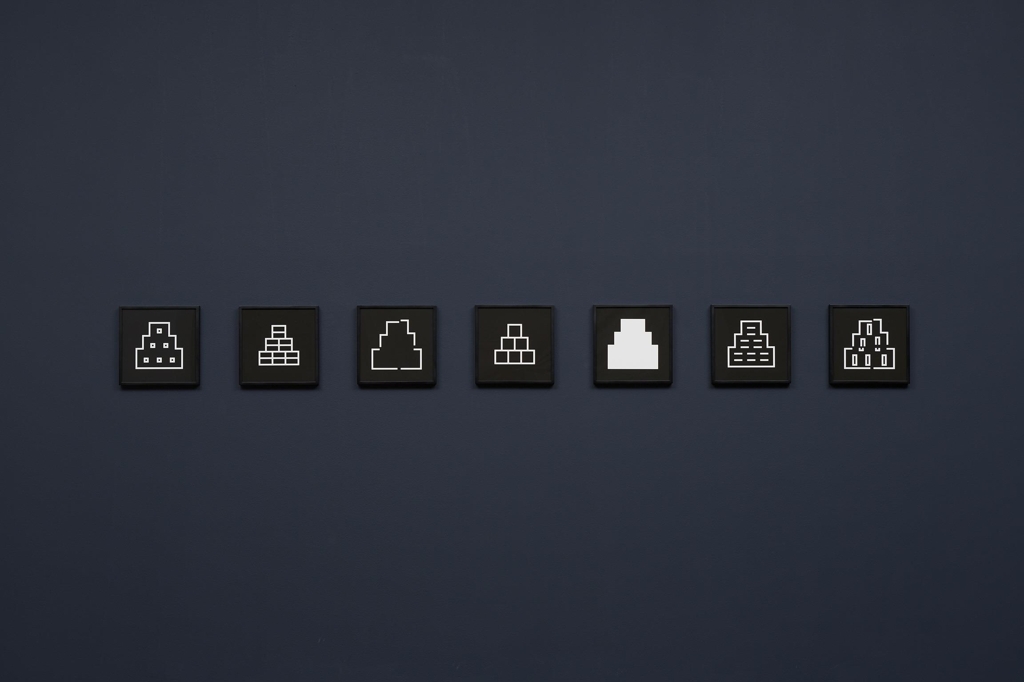 This interest in spacial construction threw her into an unexpected artistic world in the late '90s when she played with the computer programs "Paint" and later "Photoshop." A potential structure awaited a whole new start on the magical, virtual world, she realized.

She started producing, or calling into being in her words, interesting geometric forms by piling up, expanding and coloring bricks of pixels. It was as if the computer screen was a tiny world and the unit of pixel in it was an organic entity with a full force of life. She also took much delight from discovering a new pattern.

After spending a while in the virtual world, she has taken the work off the screen to produce them in three dimensions.

"In many cases, geometry is confined to the two-dimensional surface. But actually it is increasingly used in the real world for furniture and architectural designs. When geometry is more widely utilized in life, it can have a broader appeal to the public." 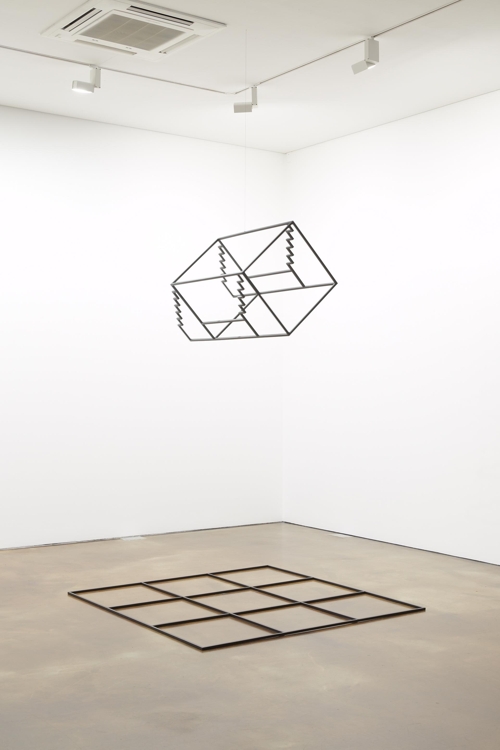 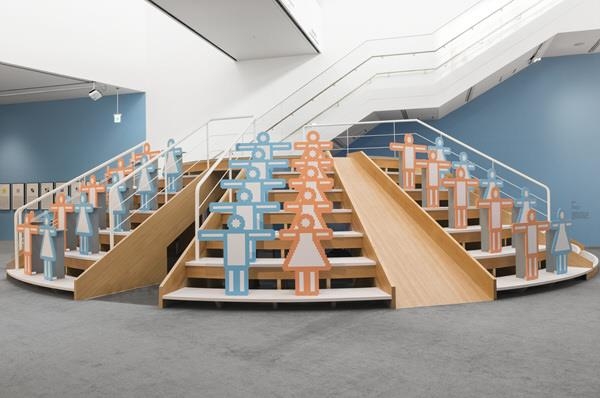 Geometry's potential is unlimited to a point where discussion on the subject has shifted to utilizing the rules and concepts of what she called "invisible geometry" in the field of a spacial grid.

"We can use it, for example, when we study the best comfortable distance between objects in furniture arrangement," said Hong, a professor in the Department of Fine Arts at Seoul National University of Science & Technology.

Her computer-driven artwork might raise a fundamental question: Can art be driven from technology?

"Technology development has had a great influence on art. In the 15th century, oil painting was considered a breakthrough. Generally speaking, what we call traditional now used to be highly advanced technology," the 58-year-old said, underlining the delicate and inseparable relationship between the two.

Just as her work isn't constrained by the traditional meaning of art, she herself challenges to be defined. The multi-directional artist readily participates in any project that might seem to need a good touch of geometric art. Recently she created a futuristic version of Zion.T, a popular singer-songwriter, purely with pixels, for an art collaboration project with a local magazine.

"What I hope to pursue is geometry that a human being can intervene. In other words, I want it to be playful, flexible and multi-functional." 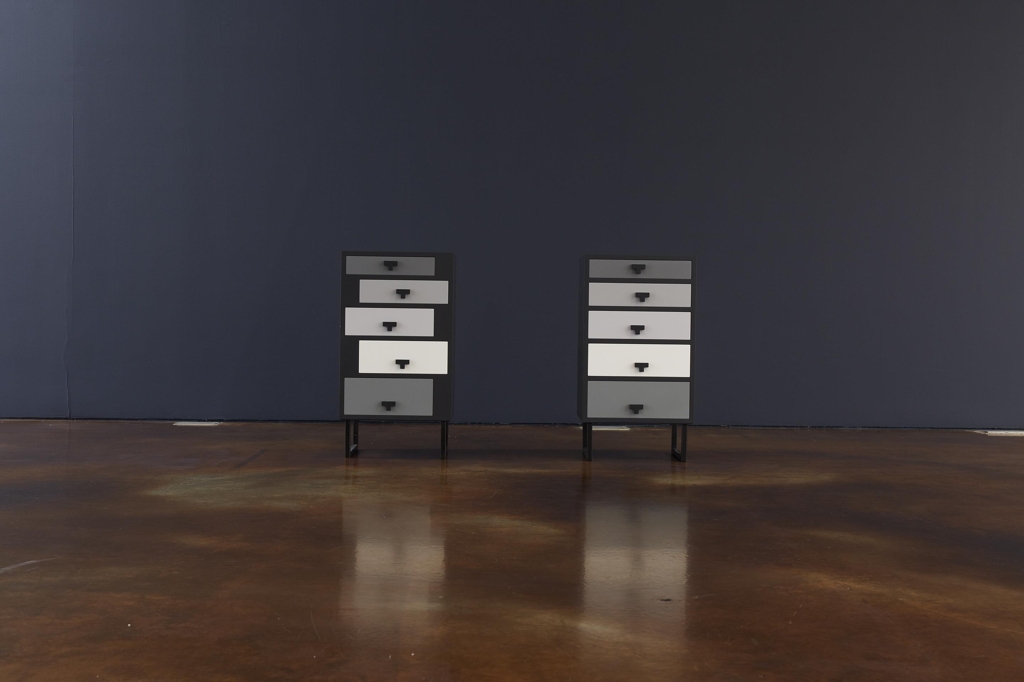 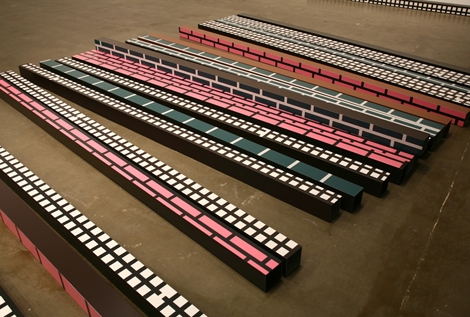 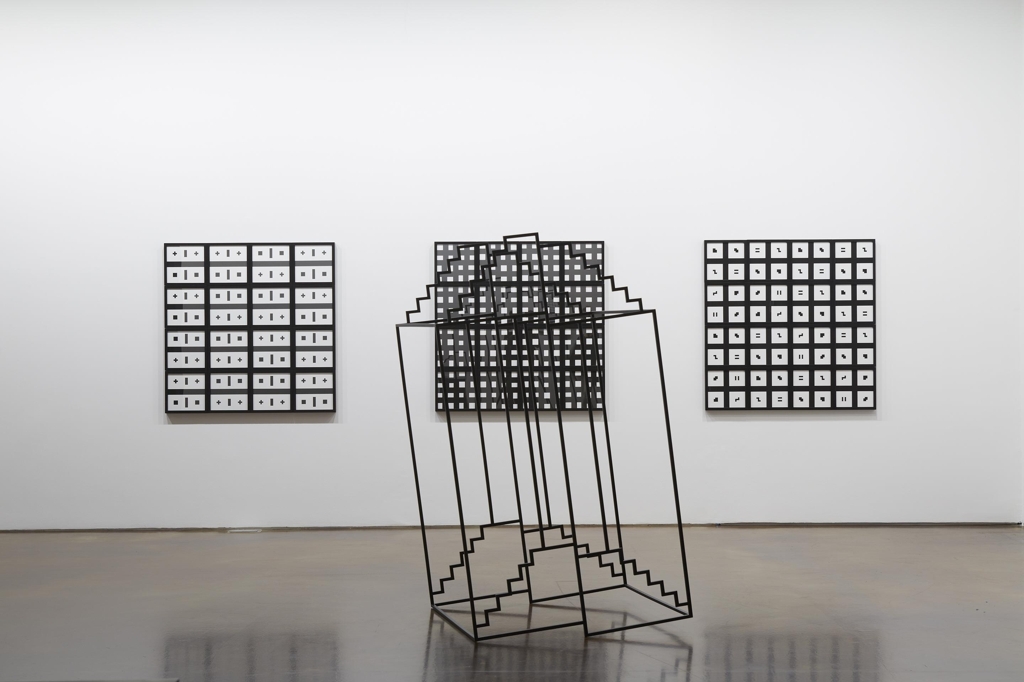