The Board of Audit and Inspection (BAI) confirmed more than 440 cases in which the blacklisted artists and other figures were denied state support or other opportunities under the direction of the presidential secretariat.

The BAI announced the results of its monthslong inspection of the culture ministry and its subordinate entities in relation to the allegations that the preceding government had created and managed an extensive list of cultural figures who were deemed critical of it from 2014-2016.

Initiated by a parliamentary request in December the inspection also looked into a related massive corruption scandal involving Park and her close friend Choi Soon-sil. The BAI found a series of irregularities associated with two nonprofit foundations, linked to the scandal, and a set of companies controlled by Choi and her niece Chang Si-ho.

The BAI demanded disciplinary actions against 28 people, including 19 officials from the culture ministry, for legal violations and other improprieties.

According to the inspectors, the culture ministry had provided a list of those tasked with selecting artist applicants for government projects, and the applicants to the presidential office since March 2014.

The culture ministry was later given a list of specific artists or groups that the presidential office insisted should be denied any support, and it accordingly excluded them from the list of beneficiaries, the BAI said.

The inspectors found a total of 444 cases in which the judging staff and applicants were denied opportunities to participate in state projects.

The BAI also found that in October 2014, the culture ministry established a task force handling the blacklist under the directions from then presidential chief of staff Kim Ki-choon and Culture Minister Kim Jong-deok.

Related to the blacklist scandal, the auditors demanded that the incumbent culture minister reprimand three ministry officials and give formal warnings to six others and heads of four agencies attached to the ministry. The ministry is currently led by acting Minister Na Jong-min.

Regarding the corruption scandal involving Choi, the BAI found that the culture ministry gave approval for the establishment of the two foundations just a day after they applied for the permission despite them failing to meet legal requirements.

The disgraced former president is purported to have pressured local conglomerates to donate large sums of money to the foundations effectively controlled by Choi. 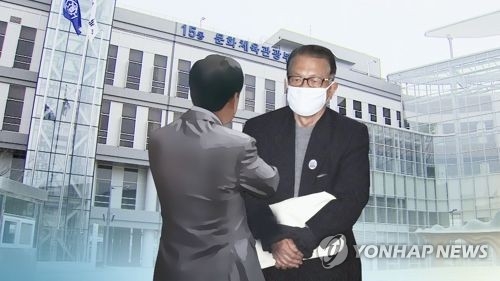