SEOUL, June 13 (Yonhap) -- STX Corp., a general trading firm, was given a one-year rehabilitation period for its stocks to resume trading after its creditors failed to sell the company, the country's stock market operator said Tuesday.

The Korea Exchange said earlier in the day that after the one-year grace period, it will review whether to delist STX.

Since mid-February, trading of STX stock had been suspended on the Seoul bourse due to the erosion of its capital base.

SM Group, picked as the preferred bidder for STX in March, has vowed to improve the financial status of STX after the takeover, which will allow the trading of STX to be resumed.

But STX creditors did not approve the takeover bid saying that they will continue to seek a buyer for the embattled firm.

STX, established in 1976, made a market debut here in 1990. But the company was put under a creditor-led restructuring scheme in 2014 in line with the demise of its parent STX Group. 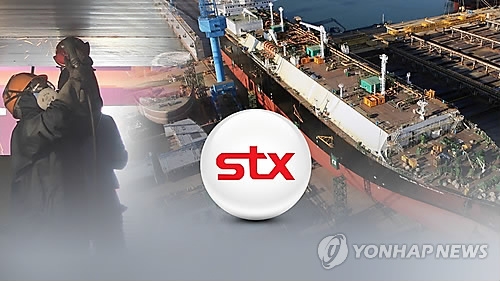