During his three-day stay in Seoul, the undersecretary of state for political affairs will meet with South Korean officials, including Vice Foreign Minister Lim Sung-nam, to set the agenda for the first talks between the leaders slated for late June.

Security risks stemming from North Korea and the controversial deployment of a U.S. missile defense system in South Korea are likely to become the main topics of the summit.

"It's a pleasure to be in Seoul. I look forward to having great conversations with my colleagues and partners in the government of the Republic of Korea," Shannon said upon arriving at Gimpo International Airport.

Asked whether Seoul and Washington have any difference of opinion on the deployment of U.S. Terminal High Altitude Area Defense, he said, "We have a wonderful partnership. It only gets stronger." He continued, "We've got lots to talk about." 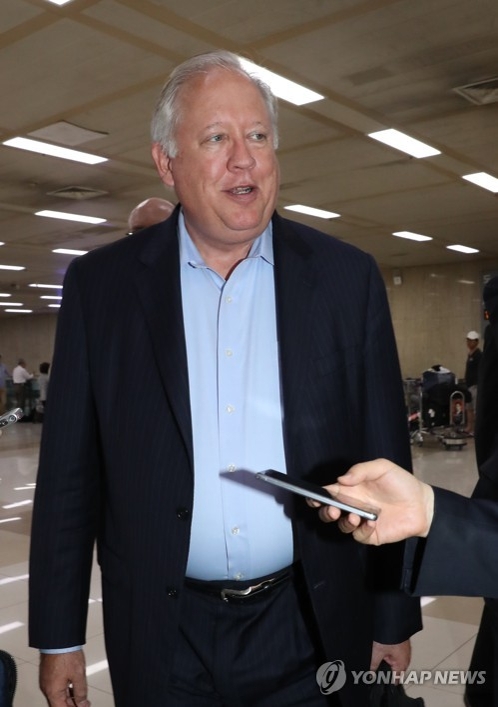