Lawmakers focused largely on their policy orientations and job credentials, as there have not been serious ethical disputes involving the nominees, all of whom are lawmakers of the ruling Democratic Party.

Their appointments do not require parliamentary consent, but disapproval could impose a political burden on Moon's nascent administration.

During his hearing, Interior Minister-designate Kim Boo-kyum showed his support for strengthening the local autonomy.

"(The country should pursue) not only decentralization, but also efforts to address imbalances among the central and provincial regions," Kim said. 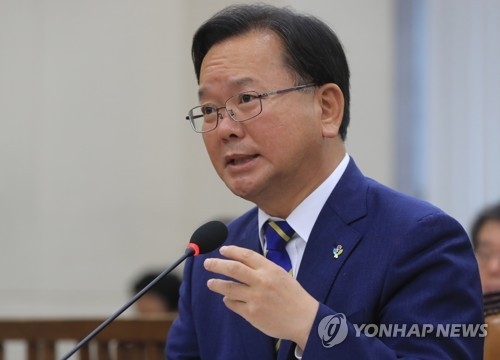 Asked about his stance on the disputed deployment of THAAD, a U.S. missile defense system, to the peninsula, Kim said that the system should be a "strategic card" for the South to navigate the complex geopolitics in Northeast Asia.

"I have argued that THAAD should be used as some sort of a strategic card for South Korea between the United States and China .... But now, (the deployment) has become a fait accompli," he said.

During the hearing for Maritime Minister-designate Kim Young-choon, lawmakers posed questions about how to address the drawn-out slump plaguing the country's shipping and ship-building industries.

Kim pledged to craft a "comprehensive" formula to tackle the issue, stressing the need to integrate policies for the industries that have been scattered across multiple government agencies. 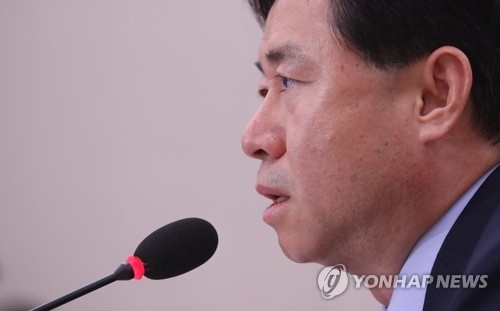 Asked how he would seek to bolster the country's maritime powers from the standpoint of national defense, the nominee noted that securing enough budgets and personnel for the maritime ministry is crucial.

Culture Minister-nominee Do Jong-hwan pledged to form a fact-finding panel to look into the allegations that the former Park Geun-hye government blacklisted artists, deemed critical of it, to deny them state support or other opportunities.

"When we form the panel, I will invite the blacklisted artists and lawmen as well," he said. "I will exhaustively look into the case and even publish a white paper on it." 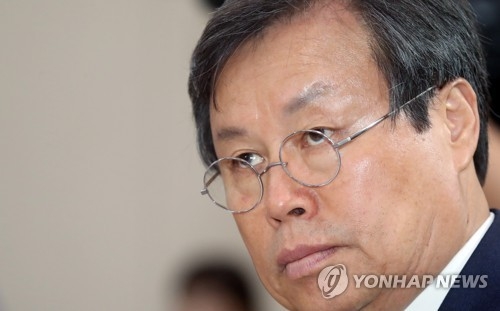 The poet-turned-politician also voiced hopes for resuming cross-border exchanges among cultural and sports figures to help improve inter-Korean relations that have long been strained amid Pyongyang's unceasing provocations.