It was the first meeting between the defense chiefs of the two countries in two years.

"He requested that India continuously participate in the international community's efforts for sanctions and pressure on North Korea," it said. 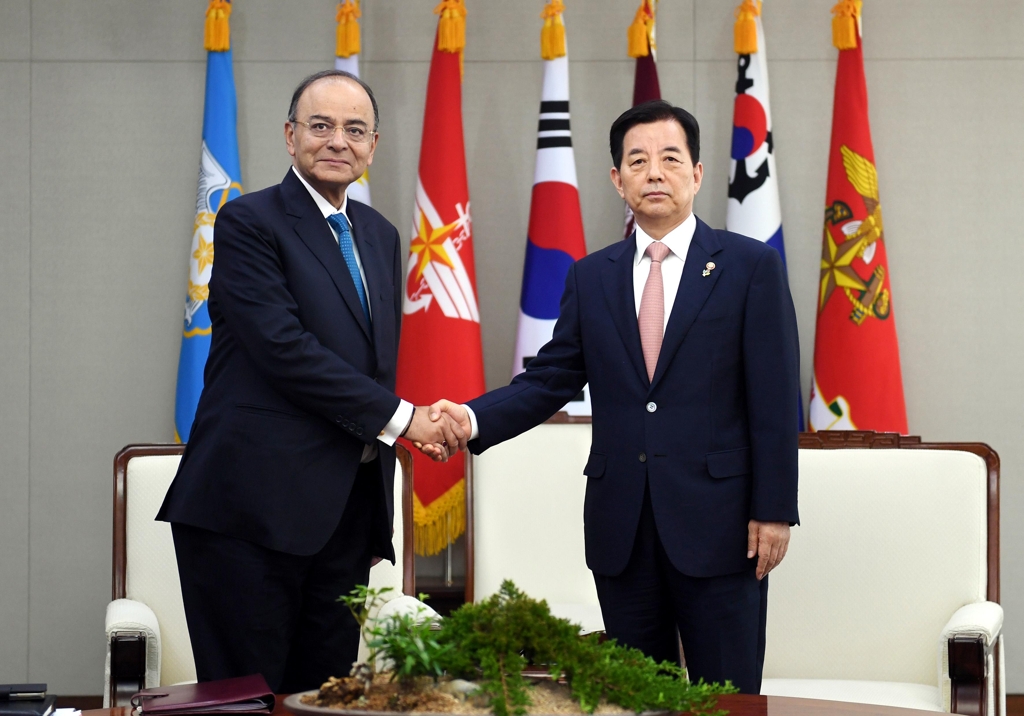 The Indian minister is on a visit to South Korea to attend the second annual meeting of the Asian Infrastructure Investment Bank (AIIB) to open Friday on the southern resort island of Jeju.

Since establishing formal diplomatic relations with each other in 1973, South Korea and India have maintained close ties in various fields.

During a trip here by Prime Minister Narendra Modi in May 2015, the two sides agreed to upgrade the bilateral relationship to a "special strategic partnership."

The two nations are scheduled to hold a two-plus-two meeting between their vice foreign and defense ministers in the latter half of this year.