SEOUL, June 14 (Yonhap) -- The U.S. government has said it launched a safeguard probe of foreign washers, mostly made by South Korean companies, to determine whether they hurt the U.S. industry.

The 120-day investigation was instituted by the International Trade Commission (ITC) as of June 5 at the request of Whirlpool Corp., the ITC said on its website, adding the probe could be extended for another 30 days due to its "extraordinarily complicated" nature.

"The commission has instituted investigation No. TA‐201‐76 pursuant to section 202 of the Trade Act of 1974 to determine whether large residential washers are being imported into the United States in such increased quantities as to be a substantial cause of serious injury, or the threat thereof, to the domestic industry producing an article like or directly competitive with the imported articles," it said Tuesday.

Whirlpool insists Samsung Electronics Co. and LG Electronics Inc. have relocated the production facilities to Vietnam and Thailand, respectively, to circumvent anti-dumping tariffs imposed by the U.S. government on their washers made in Mexico and China, respectively.

Whirlpool has asked the ITC to levy anti-dumping tariffs on the imported washers beyond a certain amount.

The ITC said it will hold a hearing on Sept. 7 before making a decision by Oct. 5 on possible additional tariffs or import restrictions.

LG Electronics rebutted, saying, "In light of their apparent inability to compete with leading global brands like LG in the U.S. market, Whirlpool has decided to seek government restrictions to limit consumer choices."

Samsung USA also disagreed with Whirlpool, saying such a petition filed by the U.S. washer manufacturer will incur serious damage on U.S. consumers who purchase Samsung washers for "our design and innovation." 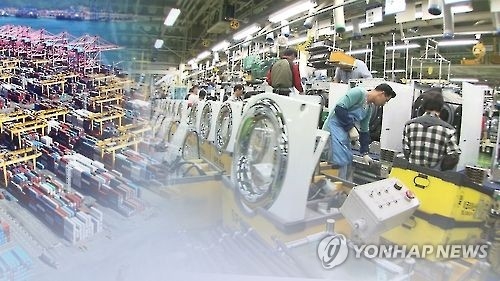