SEOUL, June 14 (Yonhap) -- Maj. Gen. Yin Sung-hwan, the commander of the South Korean Army's 56th Infantry Division, was conferred the U.S. Legion of Merit (LOM) on Wednesday in recognition of his contribution to the combat capability of the allies.

He is known for his expertise on the alliance and tireless efforts to help bolster it, having served as the deputy chief of the South Korea-U.S. Combined Division for about a year from 2015. North Korea conducted its fourth nuclear test and test-launched a long-range missile during that time,

"On the basis of his excellent leadership, he made contributions to strengthening the South Korea-U.S. alliance by promoting joint exercises and enhancing the combined defense posture," his division said in a press release. He also endeavored to improve ties between South Korea and American troops through various programs, it added.

In 2006, Yin was awarded the Meritorious Service Medal by the U.S. military for his one-year service at the Central Command in Florida from 2003.

He has spent more than 30 years of military service in handling affairs related to the alliance with the U.S.

In 1992, he worked as the first South Korean commander of the Joint Security Force at the inter-Korean truce village of Panmunjom, assisted by a U.S. Army lieutenant as his executive officer.

The coveted LOM is granted to individuals who demonstrate an exceptional level of meritorious conduct, either members of the U.S. armed forces or foreign personnel. 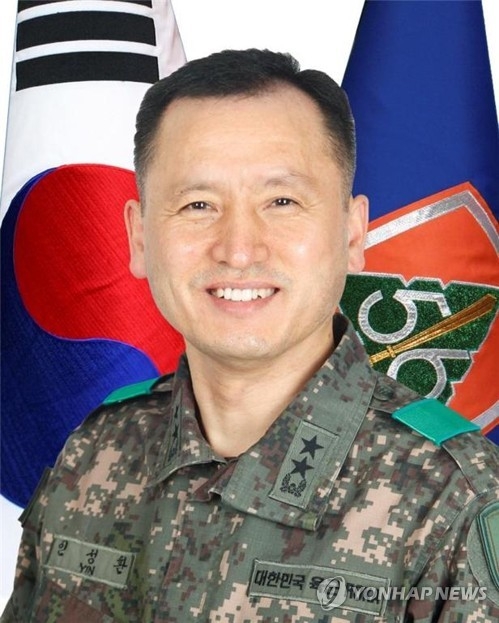