The Supreme Court rejected the call to review its ruling made in April for Kim Kwang-joon, a former Seoul High Prosecutors' Office prosecutor sentenced to a seven-year term for taking large amounts of kickbacks from a swindler and businessman in return for favors.

The 56-year-old was convicted by the Seoul Central District Prosecutors' Office in 2013 of receiving a combined 380 million won (US$338,000) from Cho Hee-pal, a notorious conman long chased by the prosecution for leading a massive pyramid scheme, and the midsized conglomerate Eugene Group. They asked Kim to exert influence on criminal investigations against them.

Kim based his reasons for a retrial request on a testimony by Cho's right-hand man Kang Tae-yong, in which he told the prosecution while he was being probed that he only lent the money to Kim and it has no relevance to the investigation.

The top court, however, judged that his testimony cannot be seen as compelling evidence that entitles Kim to a retrial. 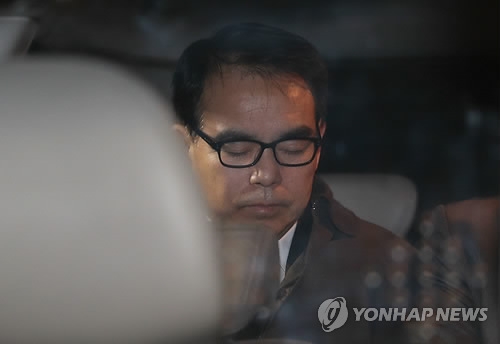