Hyundai Motor Co. and Kia Motors Corp. the two flagships of the world's fifth largest automotive conglomerate by sales, have struggled with weaker sales in China since late last year due to the diplomatic row between the two countries over the deployment of an advanced U.S. anti-missile system in South Korea.

In the January-May period, Hyundai and Kia sold a combined 376,895 vehicles in China, down 43 percent from a year earlier.

If their sales continue to fall in the neighboring country, analysts expected they won't achieve this year's overall sales target of 8.25 million units. They sold 7.9 million last year globally. 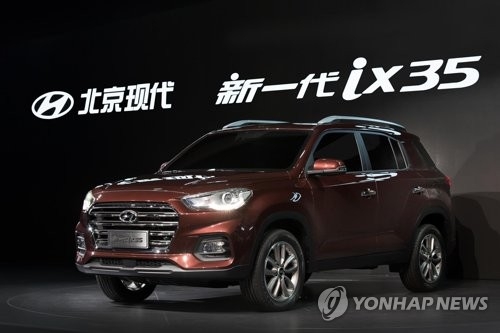 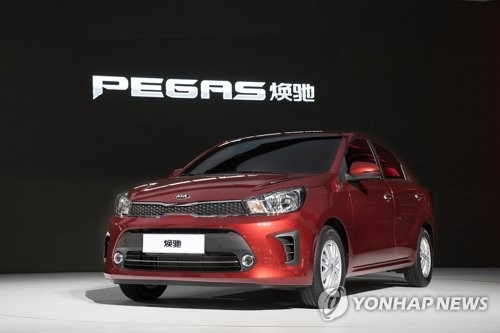 In the second half, Hyundai plans to launch the all-new ix35 sport-utility vehicle, a localized model developed based on the Tucson SUV, and a new subcompact sedan in China, a company spokesman said.

In addition to the new cars, Hyundai said it will introduce the Chinese version of the latest Sonata sedan and an all-electric Elantra, sold as the Avante in South Korea, compact in the neighboring market.

Hyundai Motor Group is not only introducing new or upgraded models in China but also making extra efforts to revive sales in the world's most populous country.

Loasby, an expert in the Chinese market, will join Hyundai as executive director this week and will lead the carmaker's design strategy and development in China, the spokesman said.

He is the latest designer scouted by Hyundai, following former Audi designer Peter Schreyer and former Volkswagen designer Luc Donckerwolke who joined in 2006 and 2015, respectively.

Moreover, Hyundai will work with Chinese technology giant Baidu, Inc. to develop a navigation system for its vehicles that will be sold there.

Hyundai and Baidu will jointly develop "Baidu MapAuto" and a voice recognition system called "Duer OS Auto" so the two systems can be incorporated in the carmaker's two new models to be launched in China later this year.

The carmaker didn't provide details about the two "connected" vehicles but said the systems will also be applied to upcoming models next year.

China is the biggest export market for Hyundai and Kia but their sales there have been hit hard by Seoul's decision to deploy the Terminal High Altitude Area Defense (THAAD) system on its soil.

China has opposed the THAAD installation in South Korea as it claimed the battery system's powerful X-band radar system could spy on its military. Seoul has maintained the anti-missile system is aimed at countering missile threats from North Korea.

"The THAAD deployment is not an issue to be tackled by an individual company. But we will do whatever is possible to minimize the impact (of the row) and ride out the current hard times," the company's representative said.

Hyundai to launch 4 new models in China amid sales slide

Hyundai to launch 4 new models in China amid sales slide