SEOUL, June 14 (Yonhap) -- North Korea on Wednesday called on South Korea to take actions to ease military tensions along the inter-Korean border ahead of the 17th anniversary of a historic summit between the two Koreas.

"(South Korea) should go into action to remove the danger of armed conflicts in land, sea and sky, including the areas of the Military Demarcation Line, and defuse the military tensions," the Committee for Peaceful Reunification said in English.

The agency stressed that South Korea should not cling to reckless military provocations to defend what it calls the illegal and bogus de facto western sea border, known as the Northern Limit Line (NLL).

The North has long demanded that the line be drawn farther south. The two Koreas' naval forces fought bloody battles in 1999, 2002 and 2009 near the border.

The North's call came as Thursday marks the anniversary of the first inter-Korean summit between former South Korean President Kim Dae-jung and his North Korean counterpart Kim Jong-il held in 2000.

But North Korea has criticized Moon for joining the U.S.-led drive to apply sanctions and pressure against Pyongyang's nuclear and missile programs.

Pyongyang has also turned down South Korean civic groups' move to resume exchanges in protest of Seoul's support of the latest U.N. sanctions against the North. 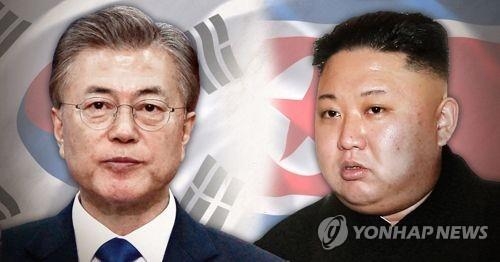