The ratio of South Korean tourists searching more than one city while booking international flight tickets was 17.6 percent for the first five months this year, according to the figures released by Skyscanner, a travel fare aggregator website owned by China's biggest travel company Ctrip. The comparable number was 9.4 percent in 2015.

The figure represents the highest among 35 countries where Skyscanner service is available.

The proportion of South Korean tourists who make stopovers while traveling abroad also rose 4.2 times during the January-May period from two years ago.

International air tickets with stopovers are about 13 percent cheaper than direct flights. 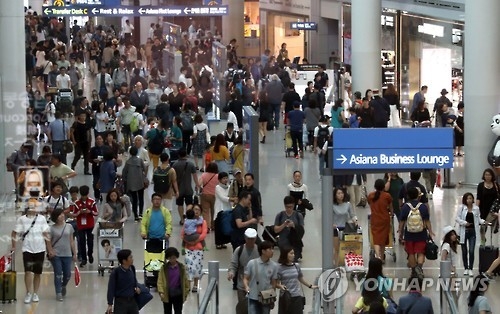 S. Koreans enjoy touring more than one city at once while traveling abroad: data

S. Koreans enjoy touring more than one city at once while traveling abroad: data