SEOUL, June 14 (Yonhap) -- Seven out of 10 people who abused elderly people were family members last year while the number of such cases increased, according to a survey revealed Wednesday by the welfare ministry.

Cases of mistreatment by spouses soared 46 percent from a year ago.

By type of abuse, psychological abuse took up the lion's share with 40.1 percent. Physical abuse and neglect accounted for 31. 3 percent and 11.4 percent, respectively.

The report was released one day before the June 15 World Elder Abuse Awareness Day designated by the United Nations.

The ministry said it will strengthen measures to protect elderly people from abuse and to find out such cases at an earlier stage.

It will also push ahead with policies aimed at easing the increasing financial burden of supporting elderly relatives in an aging society, including the implementation of a state program to care for those diagnosed with dementia. 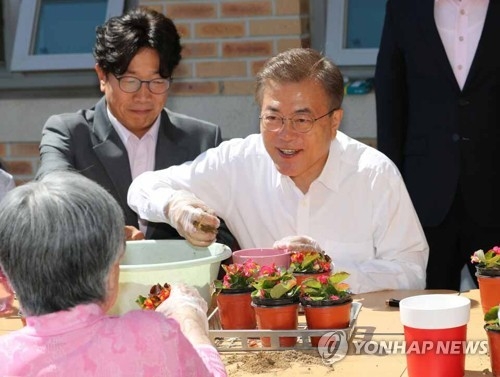