SEOUL, June 14 (Yonhap) -- Rival parties clashed Wednesday over President Moon Jae-in's contentious pick for foreign minister, as he appeared to be leaning towards appointing the nominee despite the opposition camp's objections.

Opposition parties called Kang Kyung-wha unfit due to her string of alleged ethical lapses. But the ruling Democratic Party highlighted a chorus of support from the diplomatic circles, scholars and civic groups as proving she was qualified to become the country's first female top diplomat.

Wednesday was the first deadline for the National Assembly to adopt a report on the outcome of the confirmation hearing for Kang. If the deadline goes unmet, the president can set another one, after which he can formally appoint her.

Chung Woo-taik, the floor leader of the main opposition Liberty Korea Party, warned of "corresponding measures" if Moon presses ahead with Kang's appointment.

"I am pondering how to respond to a situation in which (the president) disregards cooperation with the opposition bloc," he said during a general meeting of party lawmakers. 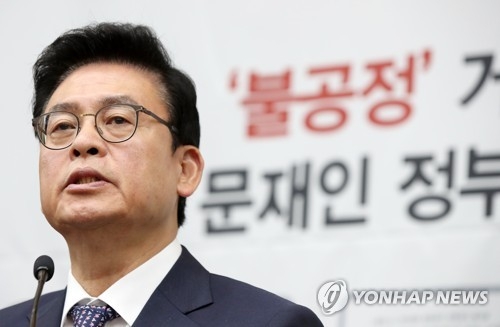 The ruling party struggled to salvage the embattled nominee, saying she should not become a political "scapegoat."

"Nominee Kang must not be a scapegoat for the opposition parties struggling to bolster their presence.... She must play a role to upgrade South Korea's diplomacy," Back Hye-ryun, the party spokeswoman, said in a commentary. 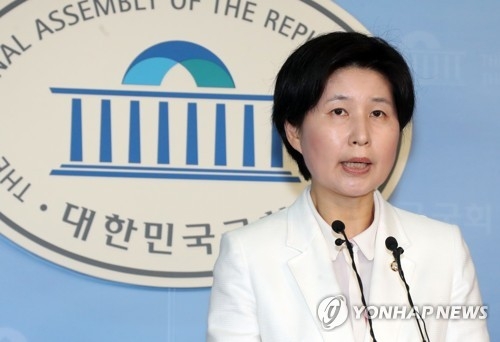 Despite the objections, the presidential office Cheong Wa Dae hinted Moon could appoint Kang in the near future, noting a series of pending diplomatic tasks such as the South Korea-U.S. summit slated for June 29-30.

"As there are urgent diplomatic issues, the president could give a short deadline," a presidential official told reporters, declining to be named.

A day earlier, Moon appointed activist-professor Kim Sang-jo as Fair Trade Commission chairman despite opposition parties' objections, darkening the prospects of his efforts to cope with an opposition-led parliament.

Cooperation with the opposition bloc is crucial for Moon's nascent government as it seeks to gain parliamentary approval for bills on an extra budget and government reorganization, and other issues.

The ruling party controls only 120 seats in the 299-member legislature, necessitating backing from opposition parties to pass any contested bills.