"We tried to do a lot this time. We initially planned to showcase group songs, but the program for the showcase was changed abruptly at the last minute," member Jiyeon told reporters at a media event held at Shinhan FAN Square in northwestern Seoul.

"Members hurriedly decided on the change for us to show a more diverse side of the team."

Since its debut in 2009 with the EP "Lies," T-ara has hit the bull's-eye with 12 EPs, including its latest, "Memories." Some of its greatest hits include "Bo Peep Bo Peep," "Roly Poly" and "Lovey Dovey." 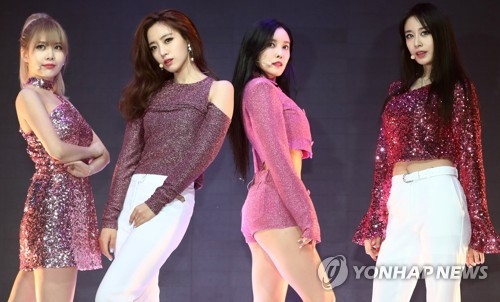 The new album was released after members Boram and Soyeon's bolted when their contracts expired in May.

MBK Entertainment had initially sought to put out the album with recordings and publicity by all six members but failed to reach an agreement with the two. The remaining members -- Qri, Eunjung, Hyomin and Jiyeon -- had to re-record the entire album.

"We were a bit stretched in regards to the amount of time given for making the album, but I hope fans appreciate our wish to present our hard work," said Eunjung.

T-ara has had its share of controversies throughout the nine years since its debut. The group went through its biggest crisis when former seventh member Hwayoung left amid rumors that she was bullied by her teammates.

The incident caused members to drop out of television shows and other entertainment arrangements, and eventually to seek a broader market outside the country.

"We've gone through a lot of things that were hard to bear, but I think we're standing here today because we didn't want to let go (of T-ara)," Qri told reporters.

Jiyeon also reflected on the team's past turmoils by saying, "I think many people remember our difficulties in the past. But at the same time we've received so much love. At the end of the day, it's all okay since we are T-ara." 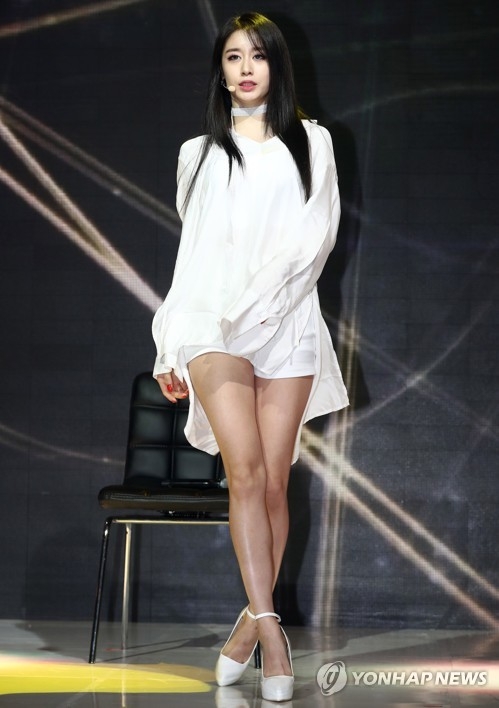