Ki and the team returned home from Doha, where they suffered a 3-2 loss to Qatar in the final Asian qualifying round for the 2018 FIFA World Cup.

While South Korea remains in a position to qualify for their ninth consecutive World Cup, fans have grown increasingly critical of the team's string of mediocre performances.

The top two teams from each of the two groups will advance directly to the 2018 World Cup in Russia. Two third-place teams must go through playoffs for their final chance. South Korea are sitting at 13 points in second place, just one ahead of Uzbekistan with two matches to play.

South Korea, chasing their ninth consecutive World Cup appearance, will host Iran on Aug. 31 and face Uzbekistan in Tashkent on Sept. 5 to close out the qualifying stage. They're winless away from home with one draw and three losses.

Ki said "everything went wrong" for his team in Tuesday's loss, and pointed to negative press as the root cause of the problems.

"The players are all human beings, too, and we read these articles," Ki told reporters at Incheon International Airport. "And so much negativity in the press has put a lot of pressure on our team. I think it has affected our play on the field. More so than tactics, I think the team morale is very low. We're being treated unfairly." 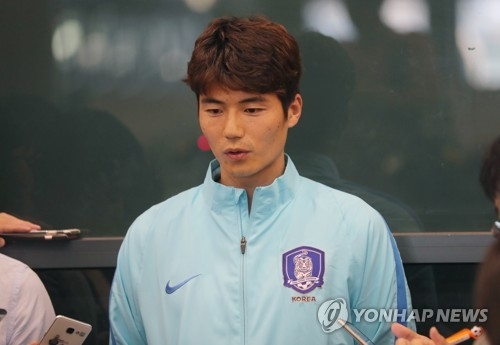 Ki said the players were taken aback by how well Qatar were prepared. South Korea entered the match at 43rd on the FIFA rankings, while Qatar were in 88th with no chance of direct qualification for the World Cup.

"They won one-on-one battles, and it led to their goals," Ki said. "I think it affected our collective confidence. Nobody wants to play poorly, but we can't get the job done with that alone. We had to be thoroughly prepared."

The Korea Football Association (KFA) is expected to dismiss head coach Uli Stielke after a technical committee meeting Thursday. Technical director Lee Yong-soo said he felt it was "time for a change," while Stielike, instead of offering to resign, only said he would take the responsibility for recent results and accept the KFA's decision.

Ki said the decision on the coaching status is entirely up to the KFA, and the players can only focus on what takes place on the pitch.

"If we get a new coach, we'll have to undergo a lot of changes in a short period of time," Ki said. "I hope we can go back to being a strong team again."