The Olso meeting took place last month after Yun, special representative for North Korea policy, persuaded Secretary of State Rex Tillerson to approve the rare contact by assuring him that the agenda would focus only on the status of Americans detained in the North, the Washington Post reported.

During the meeting, North Korean diplomats agreed to allow Swedish diplomats in the North, who serve as the protecting power for American citizens, to visit U.S. detainees, including Otto Warmbier, the 22-year-old University of Virginia student held since January last year, the report said.

After the North allowed Swedish officials to visit only one of the four American detainees, the U.S. pressed hard for access to the others and the North requested an urgent meeting with Yun in New York and informed him that Warmbier had fallen into a coma due to food poisoning, according to the report.

Following the meeting, Yun and two American physicians flew to Pyongyang on a U.S. plane Monday under orders from President Donald Trump to demand to "see Warmbier immediately, and, 'if he was in bad shape, to demand his immediate release,'" the report cited an unidentified official as saying.

While in Pyongyang, Yun also visited the three other American detainees, the report said.

The Oslo meeting is believed to be the first time officials of the two countries have met face-to-face in a long time. It came as tensions are running high between the two countries with the North carrying out a series of ballistic missile tests and the U.S. working hard to drive up pressure on Pyongyang.

The secret meetings might lead to resumption of broader talks between the two sides.

The paper said that whether the back-channel diplomacy leads to the resumption of nuclear negotiations could depend on Warmbier's condition. But it also cited a congressional aide familiar with the process as saying that Tillerson was "adamant that Yun participate in the meetings only under the precondition that the detained Americans be the focus of the agenda."

"It was not for broader diplomacy or engagement," the aide was quoted as saying. 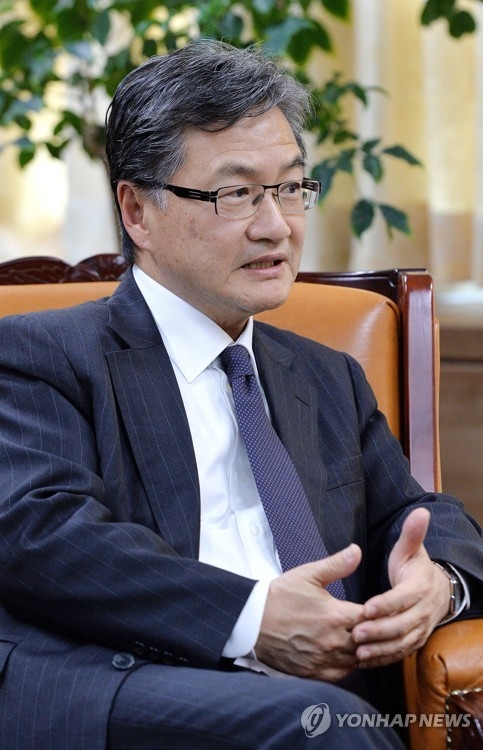