SEOUL, June 15 (Yonhap) -- Foreign investors have taken up more than half of the combined market capitalization of tech shares listed on the main bourse, data showed Thursday, apparently as local companies are expanding their presence on the global arena.

According to the data compiled by the bourse operator Korea Exchange, foreigners took up 228 trillion won (US$202 billion), or 52.01 percent of the combined market capitalization of 439 trillion won posted by tech firms as of Wednesday. It marked the highest figure since 52.02 percent reached in September 2004.

While overseas investors' presence earlier fell to 37.06 percent in 2009, it has been gradually growing ever since.

Market watchers said the growth was apparently led by Samsung Electronics Co. and SK hynix Inc., which have been attracting foreign investment as they become more prominent players in the global tech sector.

Foreigners were also major investors for telecommunication firms, taking up 43.45 percent of their combined market capitalization on the main bourse.

In other key areas such as finance, autos, and chemicals, overseas investors' presence came to 38.24 percent, 38.16 percent, and 34.83 percent, respectively.

Foreigners also have been scooping up shares of local steelmakers, with their stake expanding to 34.4 percent as of Wednesday, compared to around 25 percent posted in January. 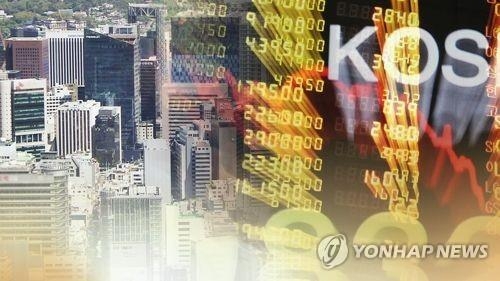 Foreigners take up more than half of tech market cap

Foreigners take up more than half of tech market cap