According to the data from the bourse operator Korea Exchange, Naver Corp., the operator of the country's top Internet portal, rose to fourth in terms of market value as of Wednesday from sixth at the end of last year.

Naver's ranking got a boost from solid growth in the Internet ad market, the main source of revenue for the company.

Leading automaker POSCO edged up one spot to eighth on expectations for a recovery in the steel industry, with Shinhan Financial Group Co., a major South Korean banking group, also rising one slot to ninth. 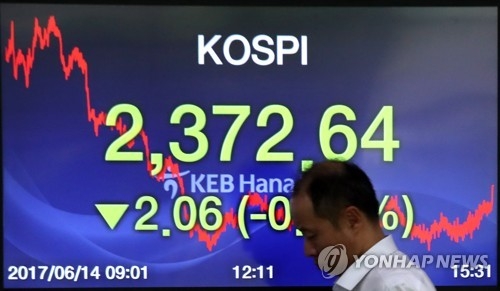 Last year, eight out of the 10 largest-cap companies changed places, with two companies excluded from the list, according to the exchange.
(END)