"The Fed's decision did not cause a sudden fluctuation as the market has long anticipated it," the official said. "The South Korean market will likely experience limited volatility as it has favorable fiscal stability." 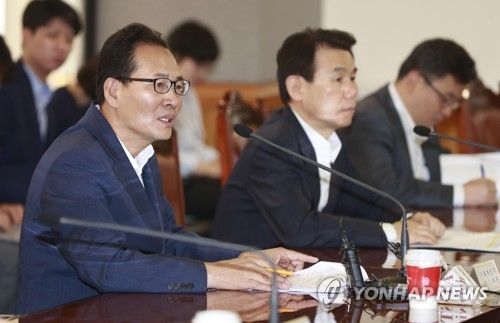 Finance Minister Kim Dong-yeon also said the U.S. monetary tightening may have little impact on the country's mounting household debt, which reached 1,360 trillion won (US$1.2 trillion) as of March.

Local experts have been concerned that higher borrowing costs could result in massive non-performing loans and bring about another financial crisis.

"The U.S. rate hike has been widely expected. Its impact will be limited," said Kim during a visit to an information technology firm in Seoul. "The government is take steps to put the household debt issue under control."

The top economic policymaker earlier pledged to take strong measures against the real estate market which has shown signs of overheating. He may tighten a set of borrowing rules that allow home buyers to borrow up to 70 percent of their property value or 60 percent of their income for mortgage payments.