SEOUL, June 15 (Yonhap) -- President Moon Jae-in was set to present each of his new vice ministers and officials of similar status with a letter of appointment Thursday, marking what could be seen as an official launch of his new administration. 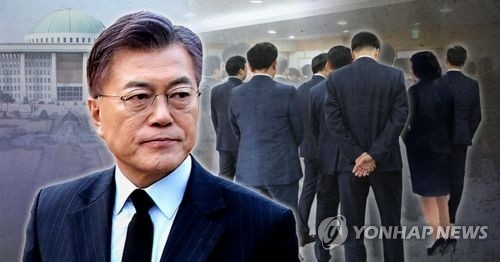 Thursday's ceremony comes amid an ongoing dispute over some of the president's picks for new ministers, including Foreign Minister-nominee Kang Kyung-wha.