On June 15, 2000, leaders of South and North Korea held a historic summit in Pyongyang, which produced a landmark joint declaration on reconciliation.

Seoul's unification ministry said that a spirit of reconciliation expressed in the declaration takes on a significance for the current grave inter-Korean ties.

"By respecting and implementing the joint declaration, the two Koreas should carry out a spirit of seeking peace on the Korean Peninsula and inter-Korean reconciliation," the ministry said.

But North Korea called Moon's policy a "foolish act and self-deception," urging the South to ditch what it called confrontational policies, including Seoul's 2010 unilateral sanctions.

It has turned down South Korean civic groups' move for inter-Korean exchanges in protest of Seoul's support of the latest U.N. sanctions against Pyongyang's nuclear and missile tests.

North Korea's agency in charge of inter-Korean ties Wednesday called on South Korea to take actions to ease military tensions along the border. 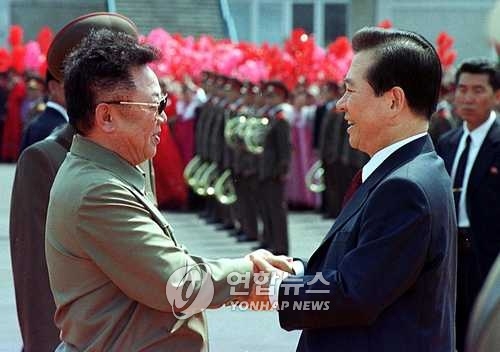 In a statement carried by the North's Korean Central News Agency, the Consultative Council for National Reconciliation criticized the South Korean government for "reading the face of the U.S."

South Korea and the U.S. are scheduled to hold a summit later this month.

Moon, who took office a month ago, has vowed to guard against further provocations by North Korea while finding middle ground through inter-Korean dialogue and civilian exchanges.