The Seoul High Court dismissed the prosecution's appeal against the initial verdict and found Reps. Park Sun-sook and Kim Soo-min of the People's Party not guilty.

Park and Kim were indicted in August 2016 on allegations that they received some 216 million won (US$192,000) in rebates from two PR agencies that were contracted to produce publicity materials for the party's election campaign.

The prosecution also accused the two lawmakers of forging documents to redeem the money from the National Election Committee (NEC) as if the money had been actually spent on campaigning.

The court agreed with the Seoul Central District Court, which ruled that the payments were fair proceeds based on the contract. It also rejected the prosecution's argument for their violation of the election law, since the two firms merely worked on publishing materials for the election.

Park and Kim regained their rights as lawmakers in March after they were acquitted of all charges by the lower court in January. The prosecution filed for an appeal in the same month. 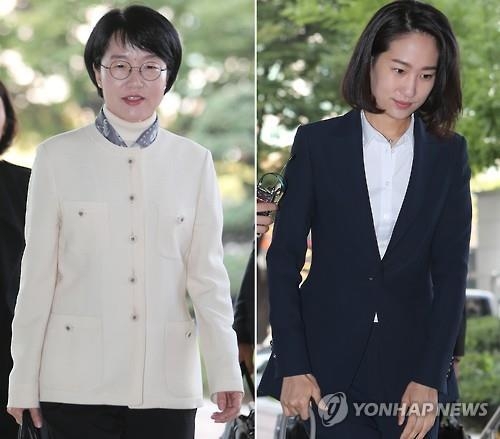