At the gathering arranged by the Federation of Korean Industries (FKI) and the American Chamber of Commerce in Korea (AMCHAM), experts and business leaders from the two countries analyzed the Korea-U.S. free-trade agreement as a "reciprocal and win-win" deal.

"The United States and South Korea are going through a transformation phase, especially given that we now have two new presidents in both countries," AMCHAM Chairman James Kim said in the forum.

He said it is up to organizations such as FKI and AMCHAM to "take the lead and champion a mutually beneficial business environment."

FKI Vice Chairman Kwon Tae-shin warned against the spread of protectionism in the U.S. and other major markets, citing a World Trade Organization report on rising protectionist measures in G20 countries. The G20 is a group of 20 nations that represent 85 percent of the global economy.

The number of protectionist steps taken in these leasing economies reached a record 1,263 as of October last year, Kwon said. 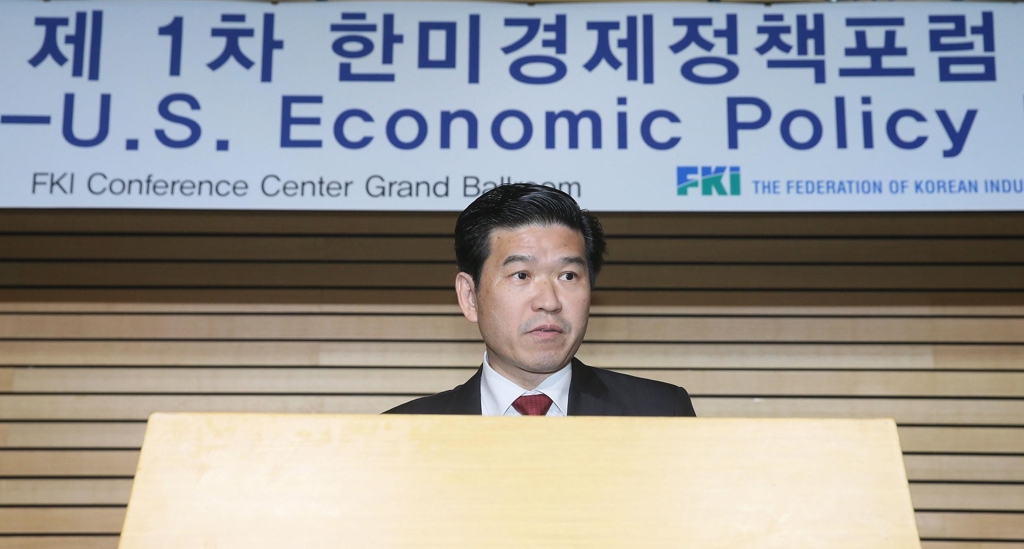 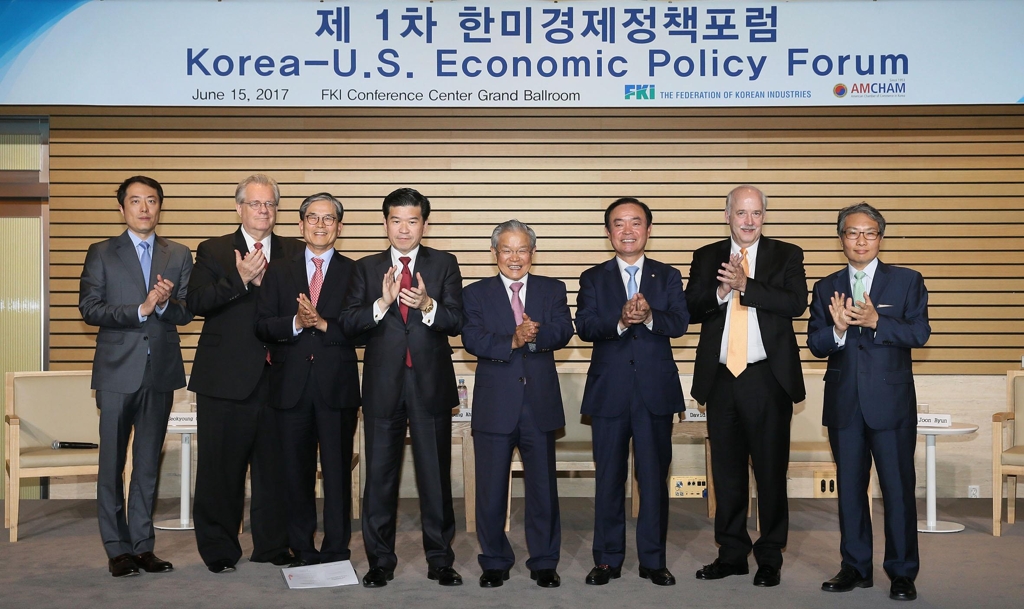 The bilateral free trade pact took effect on March 15, 2012, is helping both economies grow, and consumers have benefited from a decline in prices of goods and services, the FKI said in a statement.

During the same period, Korean consumers spent US$428 million less on products imported from the U.S., while their American counterparts spent $511 million less on Korean products, the statement said.

The FKI and AMCHAM, the business lobbies which represent Korea's big companies and U.S. firms operating in South Korea, respectively, will regularly hold a biannual forum in Seoul to share views on economic issues involving the two countries, the spokesman said.

The topic at the first forum will be about the free-trade agreement between Seoul and Washington as the Trump government threatened to terminate the five-year-old accord in April, citing it "a horrible deal" that has left America "destroyed."